iPhone models released in 2019 and later will likely feature an upgraded TrueDepth camera system that will consume more power, resulting in a need for larger-capacity batteries, according to KGI Securities analyst Ming-Chi Kuo. 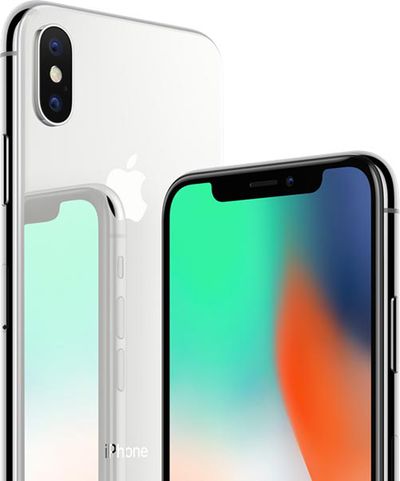 In a research note obtained by MacRumors, Kuo said Apple has technologies at its disposal to develop larger-capacity batteries.

Kuo unsurprisingly expects Apple will use these technologies to continue increasing iPhone battery capacities in 2019 and 2020, as it routinely does, which should result in even longer battery life for future models.

Kuo reiterated that TrueDepth will be expanded to a trio of iPhone models next year, including a new 5.8-inch iPhone X, a larger 6.5-inch model we're calling iPhone X Plus, and a new 6.1-inch mid-range model with an LCD display, but it sounds like the facial system will remain unchanged in 2018.

As far as next year is concerned, Kuo previously said the second-generation iPhone X could have a one-cell L-shaped battery that would provide up to 10 percent additional capacity compared to the two-cell battery in the current iPhone X, which of course could result in slightly longer battery life.

He added that next year's so-called "iPhone X Plus" is likely to retain a two-cell battery design, but the larger size of the 6.5-inch device will still allow it to have a higher capacity in the range of 3,300 to 3,400 mAh.

Apple is expected to release the new iPhone X and iPhone X Plus in its usual timeframe of September to October next year.

otternonsense
It's not the only thing that will necessitate larger batteries, given the iPhone CPU throttling "for battery reasons" nonsense.
Score: 22 Votes (Like | Disagree)

macsrcool1234
they'll still throttle themselves after a short time
Score: 13 Votes (Like | Disagree)

HacKage
If they already need to throttle 1 year old devices to keep battery life at a reasonable level, I don't hold much confidence for future models. Until they changes their way of thinking that a slow phone is better than one with poor battery life, I won't be spending £1000+ on something that in a year may only have 30-50% of the performance it has new.
Score: 11 Votes (Like | Disagree)

We need a fatter iPhone.
Score: 7 Votes (Like | Disagree)

SoApple
Please no $1500 iphone X+ This is getting insane
Score: 7 Votes (Like | Disagree)

jmh600cbr
with jony back at the helm i'd expect smaller batteries, not bigger
Score: 5 Votes (Like | Disagree)
Read All Comments