A week after the iMac Pro became available to purchase from Apple's online store, the first orders are beginning to ship to customers. 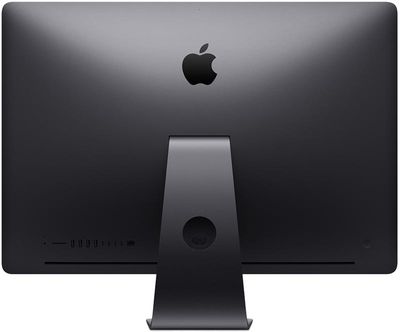 A handful of MacRumors readers in our iMac Pro order tracking discussion topic have confirmed that their orders have shipped in the United States and Canada, while at least one order in the United Kingdom is still preparing for dispatch.

Many of the orders that have shipped are estimated for delivery in the last week of December or the first week of January.

Apple still lists the iMac Pro as unavailable for pickup on its website, despite saying that the computer would be available at its retail stores by mid this week. There's still a few days left in the week, so we'll see if that changes soon.

At $4,999 and up, the iMac Pro is an expensive workstation aimed at professional users with the most demanding of workflows, such as advanced video and graphics editing, virtual reality content creation, and real-time 3D rendering.

At least one MacRumors reader claims to have ordered a 10-core model that costs $7,999, over four times as much as a regular, base model 27-inch iMac.

ThaRuler
Can I use Word on this? I’m a college student
Score: 12 Votes (Like | Disagree)

Can I use Word on this? I’m a college student

You might want to upgrade to the 18-core variant if you plan on using Word, anything less would be insufficient. Going to college will require you to write long papers. More cores = longer papers.
Score: 8 Votes (Like | Disagree)

Mine is still Preparing to ship in Canada. So stoked!!!!

jakeowens
Mine is still Preparing to ship in Canada. So stoked!!!!
Score: 5 Votes (Like | Disagree)

Appurushido
Once surgery is completed and my kidney is sold off, I will be able to purchase this bad boy!
Score: 4 Votes (Like | Disagree)

Will you buy me one too? :p

hahaha. Ask my boss... that's where mine is coming from :)
Score: 3 Votes (Like | Disagree)
Read All Comments