Alongside the iOS 11.2.5 beta that was seeded to developers this afternoon, Apple released new firmware for the HomePod.

The new firmware is not available through the Developer portal like a standard beta software update, but it will be downloadable by testers who have a HomePod. The update is also listed on third-party software sites, making it available for download by the public. 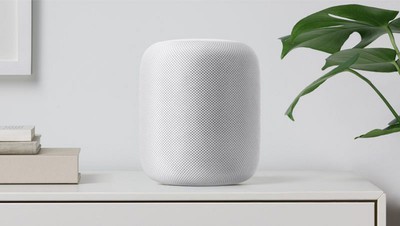 HomePod devices are currently in the hands of Apple employees who are testing the smart speaker to iron out bugs before it becomes available for purchase in early 2018.

Additional HomePod firmware was released in October, but that update, like this one, is not as notable because there are no unreleased iOS devices coming in the immediate future and thus there's nothing to spoil. It's possible additional HomePod features could be discovered via the firmware update, however.

HomePod is Apple's Siri-based smart speaker that focuses heavily on high-quality sound. It incorporates a 7 tweeter array, an Apple-designed 4-inch upward-facing woofer, and an A8 chip to power features like spatial awareness.

Apple originally planned to release the HomePod in December, but in November, the HomePod launch was delayed until early 2018.

Ooooo what secrets will this have in it???

pdaholic
this has got to be some sort of record number of firmware updates for a device that hasn’t even been released yet! Obviously this means the device will be 100% bug free at release...
Score: 5 Votes (Like | Disagree)

vertsix
but... it's not out yet

homepod 2 with built in battery?

as long as they get it right

They should be able to. They have everyone to reverse engineer from. Google, Sonos, Amazon...
Score: 2 Votes (Like | Disagree)

Tuesday June 2, 2020 1:31 am PDT by Tim Hardwick
Apple Music has cancelled its Beats 1 radio schedule for Blackout Tuesday and is suggesting that listeners tune in to a radio stream celebrating the best in black music. Blackout Tuesday is a campaign organized by the music industry to support Black Lives Matter after Minneapolis citizen George Floyd was killed by police in the course of his arrest. On launching Apple Music, many users...
Read Full Article • 431 comments