Apple may be planning to acquire music recognition service Shazam, reports TechCrunch, which would be one of the most high-profile acquisitions Apple has made since it purchased Beats in 2014.

Shazam is a well-known music service that uses machine learning techniques to identify short audio clips from songs, television shows, and more. Shazam operates a standalone app for iOS, macOS, and watchOS, but also has a close relationship with Apple. 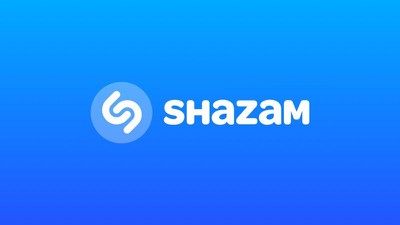 Since iOS 8, Shazam has been integrated into Siri, and it's what powers the feature that lets Siri identify songs that are playing aloud. If, for example, there's a specific song on television and you ask Siri "What song is this?" Siri uses Shazam to identify it.

Shazam is integrated with Apple Music, and Apple Music subscribers who Shazam a song can then tap to play it directly in Apple Music and can add it to a Shazam playlist. Shazam also has an augmented reality feature that allows you to find content based on pictures captured with the Shazam app.

One of TechCrunch's sources said the deal could be worth nine figures, while another says Apple may shell out somewhere around $401 million. Both numbers are lower than the $1.02 billion valuation Shazam received during its last funding round in 2015.

Apple and Shazam could sign a deal as soon as this week, with an announcement planned for Monday.

Google Assistant has been able to identify songs for a long time and better than Shazam. Aside from Google's great accuracy, even in noisy environments, the best part is that you don't have to make the request through the worst voice assistant on the market:. Siri.
Score: 21 Votes (Like | Disagree)

Surprised at the positive comments on this one. I’ve always thought Shazam was a joke for an app. I downloaded it years ago when people thought it was kind of neat how accurate it was. I have NEVER needed such a service. If I don’t know a song, 9/10 it isn’t playing at the moment (It’s just stuck in my head).

Regardless of whether it’s in my head or playing on the mall music list, just google a line from the song and you will have it just as fast as opening up the app etc.

IMHO this would be a complete waste of money to have what is truly a gimmick (and people on this site throw that phrase around a lot).

Gimmick: (n) a trick or device intended to attract attention, publicity, or business.

I feel like this is one of those “I don’t need/use it, so its existence is unnecessary” posts.

There are millions of people who use it and find it quite useful.
Score: 17 Votes (Like | Disagree)

krause734
It is a useful feature but it's not a billion dollar feature.
Score: 16 Votes (Like | Disagree)

While a neat service I don’t see neat being worth half a billion let alone a billion dollars. I would think given their size, wealth, and expertise Apple could just build their own service. Is the brand really worth that much?

You're kidding me, right?

Apple can barely manage the software projects its has now, let alone rewrite Shazam from scratch!
Score: 15 Votes (Like | Disagree)