Apple has launched an official Apple Support YouTube channel, uploading a series of videos that cover assorted iOS tips and tricks to help out customers new to iPhone and iPad. 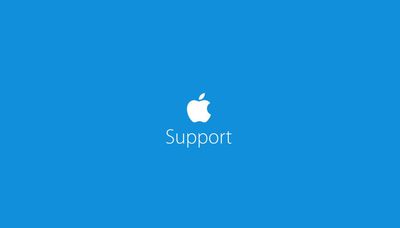 First noted on Reddit, the Apple Support YouTube channel was registered on October 5, but had remained dormant until yesterday when the channel was quietly populated with its first 10 short how-to videos, which are between one and two minutes in length.

Apple Support video "How to print from your iPhone or iPad"
The support channel joins Apple's existing official YouTube channel, and complements the official Apple Support Twitter account, created in March 2016, as well as the Apple Support iOS app, released in November 2016, and the main Apple Support website.

It would be great if written text accompianied the videos - if only because not everybody wants to sit there and sit through a video just to know how to print from iOS. It is as if Apple thinks that everyone is always connected to lightning-fast intenet. So far these videos are really not offering much. Wait and see, hopefully it will end up being something more than a merchandising vehicle for iOS.

It would be great if written text accompianied the videos - if only because not everybody wants to sit there and sit through a video just to know how to print from iOS.

That's what KBASE is for. Everything in these videos is very well documented on Apple's website for years and quickly found via a Google query. These videos are for more casual users that browse YouTube and see this as recommended and it's more discovery than actually searching for how to use AirDrop. Kind of like the Genius Bar tips from back in the day that would tell you the commands for switching applications or triggering spotlight search using the keyboard.

Also text over videos is hopefully a fad. Kind of like those white text bars on top and bottom of videos that is slowly leaking out of Facebook. I have headphones, I don't need closed captions on every video that I can't disable. content creators should embed CC into the videos on Youtube or Vimeo and allow the viewer to have them on or off depending on if they're wearing headphones or not. Instead, creators are choosing to embed them in the video itself and I find it really annoying.

Then again, I don't watch videos on my iPhone in any way and AirPlay everything to my 65" television.
Score: 2 Votes (Like | Disagree)

lowendlinux
I think it's a great idea to have both youtube videos and the KB site since we all learn things in a different way
Score: 2 Votes (Like | Disagree)

RuffyYoshi
Is there a video telling people how to hold the phone right?
Score: 2 Votes (Like | Disagree)

robertcoogan
It would be great if written text accompianied the videos - if only because not everybody wants to sit there and sit through a video just to know how to print from iOS. It is as if Apple thinks that everyone is always connected to lightning-fast intenet. So far these videos are really not offering much. Wait and see, hopefully it will end up being something more than a merchandising vehicle for iOS.
Score: 2 Votes (Like | Disagree)
Read All Comments