The U.K. government announced in Wednesday's annual budget that it plans to clamp down on tax avoidance by increasing the tax it collects from online giants such as Apple and Amazon.

In his Treasury speech to the Commons, Chancellor Philip Hammond said income tax would be charged on royalties relating to U.K. sales, even when they are paid to a low-tax jurisdiction and would not normally be taxed in the UK under current rules. 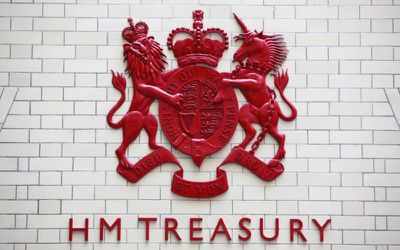 The new rules are due to come into effect from April next year, and estimates suggest they will raise approximately 800 million pounds ($1.07 billion) in extra tax over the next five years. However, Hammond admitted they would only go some way to balancing out the taxation treatment of digital firms, and that more would have to be done to tackle tax avoidance.

Multinational digital businesses pay billions of pounds in royalties to jurisdictions where they are not taxed and some of those relate to UK sales.

This does not solve the problem, but it does send a signal of our determination and we will continue work in the international arena to find a sustainable and fair long-term solution that properly taxes the digital businesses that operate in our cyberspace.

Apple recently came in for criticism when the so-called Paradise Papers revealed that the company sidestepped a 2013 crackdown on its controversial Irish tax structure by moving the majority of its offshore cash holdings to the small island of Jersey, a self-governed territory with loose ties to the United Kingdom.

The papers showed that Apple's two key Irish subsidiaries were managed from the Jersey offices of offshore tax law firm Appleby from 2015 until early 2016. Apple reportedly chose Jersey after exploring several potential tax havens, such as Bermuda and the Cayman Islands.

Apple apparently turned to Jersey after European officials began to crack down on the so-called "Double Irish" tax structure it had exploited. The loophole allows for multinational corporations to funnel revenue through an Irish subsidiary, which in turn sends that money to another Irish subsidiary that has residency in a tax haven. The practice has enabled Apple to save billions of dollars in taxes globally.

Apple responded to the revelations contained in the Paradise Papers by saying that it made regulators in the U.S. and Ireland, and the European Commission, aware about the reorganization of its Irish subsidiaries, and added that the changes haven't reduced its tax bill.

Last year, the European Commission ordered Ireland to collect $14.5 billion in back taxes from Apple, after it concluded that the country's tax agreements with the tech giant represented "illegal state aid". Both Apple and the Irish government are currently appealing the ruling.

Apple has repeatedly highlighted its position as the largest taxpayer in the world and reiterated the fact that it holds overseas cash because that's where the majority of its products are sold. Apple CEO Tim Cook has said that Apple is willing to repatriate some of its offshore cash holdings into the U.S., but he also recently said that tax reform is "sorely needed" first.

Well done, we have to ask outselves why it has taken so long. Apple’s behaviour is morally corrupt and CEO Cook well knows it.
[doublepost=1511439055][/doublepost]

No deal, no money.

We are enjoying every single second as the EU squirms for money for which it has no legal claim whatsoever. Apple owes Ireland €13bn and the EU is suing Ireland for non-collection. What a mess

Wasn’t a good budget outlook yesterday, was it? Growth cut amongst other bad news.

A ‘no deal’ outcome isn’t going to be good for the UK. A growing number of Tory PMs beginning to realize this.

The euro zone outpacing the UK.

The May government in constant turmoil.
Score: 16 Votes (Like | Disagree)

Jambalaya
Well done, we have to ask outselves why it has taken so long. Apple’s behaviour is morally corrupt and CEO Cook well knows it.
[doublepost=1511439055][/doublepost]

The hole is getting deeper.

The UK is getting what it wanted - ‘freedom’!

Hope your enjoying your kippers!

No deal, no money.

We are enjoying every single second as the EU squirms for money for which it has no legal claim whatsoever. Apple owes Ireland €13bn and the EU is suing Ireland for non-collection. What a mess
Score: 13 Votes (Like | Disagree)

Gorms
Well, we've got to dig ourselves out of the 600ft deep Brexit hole somehow?
Score: 9 Votes (Like | Disagree)

Well, we've got to dig ourselves out of the 600ft deep Brexit hole somehow?


The hole is getting deeper.

The UK is getting what it wanted - ‘freedom’!

Hope your enjoying your kippers!
Score: 8 Votes (Like | Disagree)

Porco
£800m over 5 years?
So £160m a year between all companies avoiding UK taxes? That's what, one or two minor ad campaign's worth each? Yeah, that'll teach 'em :rolleyes:

The latest 'fig leaf' measure to look like they're doing something while actually doing very little. They have talked about cracking down on tax avoidance for years but never seem to do anything to seriously tackle it. They said as much... "send a signal of our determination", lol, yeah, it tells us you aren't really going to anything serious at all.

jonnysods
What I'd rather see:

How about you manage the business of the country better and stop looking for new revenue as the only solution.
Score: 6 Votes (Like | Disagree)
Read All Comments