Google has seen fit to return YouTube to Amazon's display-based Echo Show smart speaker, two months after the video service was pulled from the device. The original removal angered Amazon and led to conflicting public statements on both sides over the move, but the two companies appear to have resolved the dispute.

The return of YouTube is particularly timely for Amazon, which is expanding its video services on the Echo Show with additional support for Vimeo and Dailymotion. An Amazon spokesperson gave the following statement to The Verge: 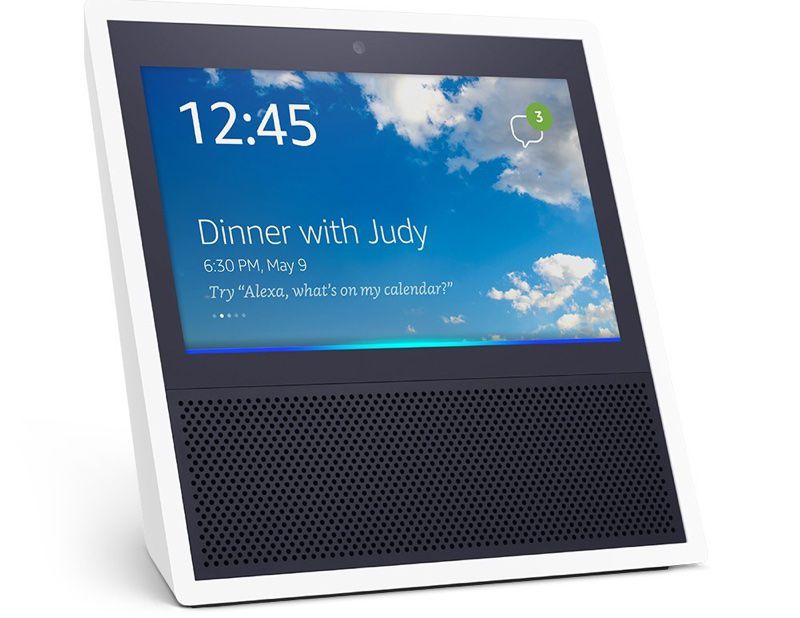 "We're excited to offer customers the capability to watch even more video content from sources such as Vimeo, YouTube, and Dailymotion on Echo Show. More video sources will be added over time."

According to Google, the reason for the service's removal on Echo Show devices back in September was because "Amazon's implementation of YouTube on the Echo Show violates our terms of service, creating a broken user experience."

That issue now looks to have been resolved with a UI change – the new version of YouTube on Echo Show has a completely different interface that is much more in keeping with how the service appears in a desktop web browser, as shown in a video uploaded by VoiceBot.ai, embedded below.


YouTube account holders accessing the device using an Echo Show can now see their subscriptions, video recommendations, and control autoplay – all of which were missing in the Amazon-designed, voice-control optimized interface.

However, The Verge reports that there are now issues with YouTube's voice-control integration, and the Echo Show still doesn't automatically play videos fullscreen, with an "Alexa, zoom in" voice command required to display videos in that way.

alexgowers
All these companies are so crooked. This kind of denial of services or products from competitors on their platforms is disgusting. Both google and amazon are guilty but Amazon have taken blocking competition to a whole new level recently. Amazon are basically just a middle man selling other people’s wares and creaming ALL of the profits leaving nothing. They’ve killled competition on so many levels by being underhanded and breaking rules.
Rating: 7 Votes

Arslan Ahmad Faisal
it's all about ads embedded in youtube.
Rating: 2 Votes

djeeyore25
I used YouTube on one of my Shows this morning and it works fine for the most part. I'd still rather have a dedicated skill, but it's certainly much better than nothing. Seeing how it's just the YouTube website on the Show, why can't Amazon just put a web browser on the Show?
Rating: 1 Votes

That is not actually accurate, Amazon will allow competing devices, as long as they are capable of streaming Prime Video, Prime Music, etc.

jacksmith21006
Good to see for the YouTubers. Big fan of Amazon but it was ridiculous they were basically enabling stealing from young Youtubers. That is just wrong. Now they were more collateral damage I get.