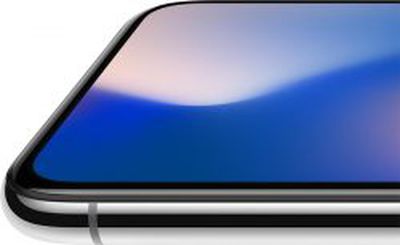 Apple is collaborating with its Taiwanese supplier TSMC to solve manufacturing issues preventing volume production of micro-LED display panels, according to DigiTimes.

Apple is reportedly collaborating with Taiwan Semiconductor Manufacturing Company (TSMC) to develop applications based on silicon-based backplanes (silicon wafers) aiming to sidestep the bottleneck that entails with the mass transfer of LED chips, indicated the sources.

Once micro-LED displays can be mass produced both reliably and affordably, the panels could be used in future Apple devices. Apple's use of micro-LED would likely begin in 2019 at the earliest, possibly starting with the Apple Watch, should it choose to proceed with the technology after trial production.

In the meantime, the report claims Apple has downsized its micro-LED research and development team at its laboratory in northern Taiwan.

The downsizing doesn't necessarily mean that Apple has delayed or given up development of the next-generation display technology. In addition to its work with TSMC, it's possible that Apple has shifted the bulk of its micro-LED research back to its headquarters in the United States.

Apple's interest in micro-LED was first reported in late 2015, when it was discovered that the iPhone maker opened a secretive laboratory in Taoyuan, Taiwan to research display technologies like OLED and micro-LED for future devices. OLED is currently used in the Apple Watch and iPhone X.

Apple acquired micro-LED display maker LuxVue Technology in 2014, and some of its employees may be part of Apple's micro-LED research team, in addition to former employees of AU Optronics and Qualcomm subsidiary SolLink.

Micro-LED displays have many of the same advantages as OLED displays have over LCDs, including improved color accuracy, improved contrast ratio, faster response times, and true blacks given both have self-lit pixels, but they can be even thinner, much brighter, and more energy efficient than OLED.

Micro-LED displays also have inorganic gallium nitride-based LEDs, which have a longer lifespan than the organic compound used in OLED displays.

djcerla
Micro-LED displays have many of the same advantages as OLED displays have over LCDs, including improved color accuracy, improved contrast ratio, faster response times, and true blacks given both have self-lit pixels, but they can be even thinner, much brighter, and more energy efficient than OLED.

And, most importantly, you are no longer in Samsung's hands.
Score: 22 Votes (Like | Disagree)

the iPhone X seems to be merely catching up to what the competition offers. .

The iPhone X is the most innovative and high performance Smartphone display that we have ever tested.

Blackstick
They're paying Samsung over $100 per iPhone X... you know they want to get off that bus asap.
Score: 17 Votes (Like | Disagree)

One day we will get this right ... Hopefully the shift to U.S will mean no delays..

I say "hopefully" because it doesn't really matter where Apple makes their stuff, they can't escape.

What do you mean said? OLED has true blacks considering the pixels turn off completely.
Score: 15 Votes (Like | Disagree)

Would be nice to see Apple gain a competitive edge with the iPhone display tech again, as the iPhone X seems to be merely catching up to what the competition offers. Regardless, I'll be looking forward to this when I upgrade in 2020...

By most reviews, the iPhone X display surpasses the competition.

On another note, it is hard for Apple to be on the bleeding edge of technological advances, for certain types of advances, because of the volume they need to be able to produce. It's easier to put the latest tech into a product when you will only be making 500k or 1mil of something. (Even those aren't "small" numbers...) But when you look at the iPhone, which can sell 50 million in a single quarter (iPhone 7 is my example here) you can quickly run up against a wall.

So to some degree, the constant complaints about Apple not having the latest tech in the iPhone is not really fair, when NOBODY can produce enough of that whatever it is part at the quantities iPhones require. The technology and the manufacturing issues have to be worked out and more refined before you can go and buy 50-100 million of something. :)
Score: 14 Votes (Like | Disagree)

Mathias Denichi
Micro-led! Is this a phone for ants?!
Score: 13 Votes (Like | Disagree)
Read All Comments