Feral Interactive released DiRT Rally for macOS today, bringing the acclaimed rally simulation game to Mac for the first time. Developed and published by Codemasters for Windows and consoles, DiRT Rally has been praised for its realistic handling and pure focus on rally driving. 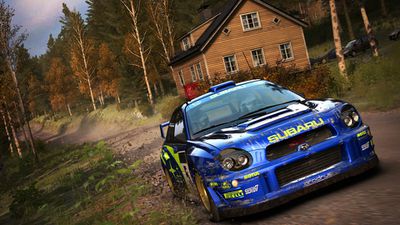 DiRT Rally is the most authentic rally game ever made, with a highly sophisticated handling model that perfectly captures the exhilaration of driving cars at the edge of control while tearing along treacherous, undulating tracks at breakneck speed. Its high-risk, high-reward gameplay challenges players to learn and master three different disciplines: the point-to-point races of Rally, the tight circuits of Rallycross, and the legendary slopes of Hillclimb.

Feral says the game is "driven by detail", with players able to tweak the brake bias and gear ratios of their cars to adapt to every combination of road surface and weather condition. The title is also said to have been "meticulously crafted" for macOS using the full power of Metal 2, Apple's latest graphics API.

Gave up on Mac gaming a long time ago. But this is great for those who still do. Thanks Feral for helping keep the dream alive.

Me and my friends play everything in Mac, there a lot of games and Metal is super fast. With eGPU advent i play with my ultra slim 13” Pro and Mantiz Venus.
Feral rocks
Score: 3 Votes (Like | Disagree)

69Mustang
Gave up on Mac gaming a long time ago. But this is great for those who still do. Thanks Feral for helping keep the dream alive.
Score: 2 Votes (Like | Disagree)

The latest version of OpenGL has interoperability with Vulkan and Direct3D.

What Apple needs to do is to bring OpenGL up to date properly and support Vulkan.

Would be nice, but I don't think it will happen. So for gaming on macOS I think Metal is the way.
Score: 1 Votes (Like | Disagree)

That's almost nothing compared to other modern games.
Score: 1 Votes (Like | Disagree)
Read All Comments