The United States International Trade Commission today announced that it has launched an investigation into allegations that Apple infringed on patents owned by Aqua Connect.

Back in October, Aqua Connect and its subsidiary Strategic Technology partners filed complaints against Apple with the United States International Trade Commission and the District Court for the Central District of California accusing Macs, iOS devices, and Apple TVs of infringing on two of its patents. 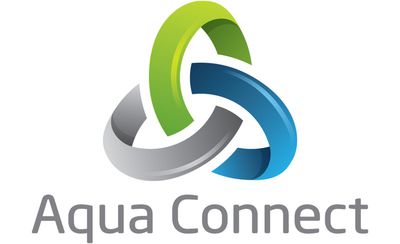 According to Aqua Connect, both of the patents relate to screen sharing, remote desktop, and terminal server technology. Aqua Connect says that it built the first remote desktop solution for the Mac in 2008, which Apple later built into its iOS and macOS products in the form of AirPlay and other functionality without permission.

"Aqua Connect invented and built the first fully functional remote desktop and terminal server solution for Mac in 2008," said Ronnie Exley, CEO of Aqua Connect. "Initially, our product had Apple's full support. But years later, Apple built our technology into its macOS and iOS operating systems without our permission. These lawsuits seek to stop Apple from continuing to use our technology in their macOS and iOS operating systems."

Aqua Connect's complaint with the International Trade Commission asks for an exclusion order and a cease and desist order that would bar Apple from importing its products into the United States. The ITC says it will be investigating "certain Apple Mac computers, iPhones, iPads, iPods, and Apple TVs."

The investigation is based on a complaint filed by Aqua Connect, Inc., and Strategic Technology Partners, LLC, of Orange, CA, on October 10, 2017. The complaint alleges violations of section 337 of the Tariff Act of 1930 in the importation into the United States and sale of certain personal computers, mobile devices, digital media players, and microconsoles that infringe patents asserted by the complainants. The complainants request that the USITC issue a temporary exclusion order and a temporary cease and desist order based on a motion for temporary relief, and that the USITC ultimately issue a limited exclusion order and a cease and desist order.

coolfactor
Screen Sharing app, based on open-source VNC protocol, was added to OS X 10.5 in 2007.

So not sure how much leverage these guys have.
Score: 14 Votes (Like | Disagree)

alphaod
I love that they are suing Apple for a patent that depends on Apple's OS.
Score: 2 Votes (Like | Disagree)

I laughed at that too, but I checked and saw that Mach wasn't developed by Apple. I think they have their own version of it, and IDK if this patent is based on that one.

Mach was developed by CMU and used by NeXT which turned into OSX. NeXT actually supported remote sessions back in the day, so the patent is probably invalid because NeXT was doing it way back when. The patent is pretty specific, and unless they (and Apple) have some kind of fancy "shared memory between computers" implementation it's probably bogus. AFAIK the only real remote shared memory implementation was one that was bought by Dell, their name escapes me though.

However, that's what lawyers are for.
Score: 2 Votes (Like | Disagree)

alexgowers
They seem to be trying to lump Remote Desktop and screen sharing together. Airplay I would categorise as a display method not remote access. I think they’re trying to blur the lines to claim Remote Desktop has been implemented in iOS when it hasn’t.

I do hate the idea of Apple getting away with stealing IP but this again seems frivolous and unrelated to the core technology being used.
Score: 2 Votes (Like | Disagree)

macfacts
Take an existing patent and add "in a Mach-derived System Environment" lmao.

Next up add "in ARM-derived System Environment"
Score: 1 Votes (Like | Disagree)
Read All Comments