Today marks the 16th anniversary of the debut of the first iPod, which was introduced by Apple on October 23, 2001. Then Apple CEO Steve Jobs stood on stage at the Apple Town Hall in Cupertino and showed off a device that could fit in a pocket but hold an entire music library. 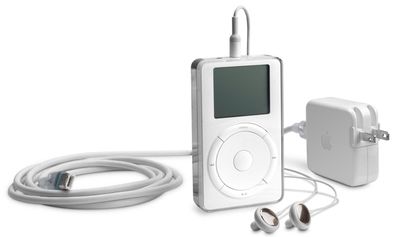 The first-generation iPod, which Apple advertised with the tagline "1,000 songs in your pocket," was a rectangle-shaped device with a 5GB 1.8-inch hard drive capable of holding 1,000 songs.


It featured a black and white LCD and the first click wheel, a mechanical scrolling interface that let users quickly and conveniently scroll through long lists of music. The click wheel also included easy access buttons for playing, pausing, rewinding, and fast forwarding through music content. The first iPod's battery lasted for up to 10 hours before needing to be recharged, and the device was priced at $399.

When Steve Jobs introduced the iPod, he called it a quantum leap forward and outlined three major breakthroughs: ultra-portability, Apple's legendary ease of use, and auto-sync with iTunes.

iPod is an MP3 music player, has CD quality music, and it plays all of the popular formats of open music. The biggest thing about iPod is that it holds a thousand songs. Now this is a quantum leap because for most people, it's their entire music library. This is huge. How many times have you gone on the road with a CD player and said 'Oh God, I didn't bring the CD I wanted to listen to.' To have your whole music library with you at all times is a quantum leap in listening to music. The coolest thing about iPod is that your whole music library fits right in your pocket. Never before possible.

New versions of the iPod were released on a yearly basis following the launch of the original device, and other notable launches included the iPod Photo in 2004, which had the first color display, the smaller iPod mini in 2004, the tiny iPod nano in 2005, the even smaller iPod Shuffle, also in 2005, and the first iPod touch, which came out in 2007 following the launch of the iPhone.

An early version of the iPod Nano
Today, the iPhone, unveiled six years after the iPod, has largely replaced Apple's original music device. The iPhone does everything the iPod did and more, and has served as an iPod replacement since its debut.

Over the course of the last 16 years, Apple has stayed at the forefront of music technology with the debut of Apple Music, a streaming music service that now has more than 30 million paid subscribers.

djcerla
... and MacRumors forum was all “give us more powerful Macs and don’t waste time with toys”. Prescient.
Score: 30 Votes (Like | Disagree)

scottish
The forum replies to the article are good to read now:
https://forums.macrumors.com/threads/apples-new-thing-ipod.500/
Score: 27 Votes (Like | Disagree)

The forum replies to the article are good to read now:
https://forums.macrumors.com/threads/apples-new-thing-ipod.500/

This isn't revoltionary!
I still can't believe this! All this hype for something so ridiculous! Who cares about an MP3 player? I want something new! I want them to think differently!
Why oh why would they do this?! It's so wrong! It's so stupid!

The particular post above has been repeated in some form or fashion following every Apple product launch since.
Score: 21 Votes (Like | Disagree)

Xavier
Still miss my iPod 3rd Gen. I think it still functions but I haven't used it in years. 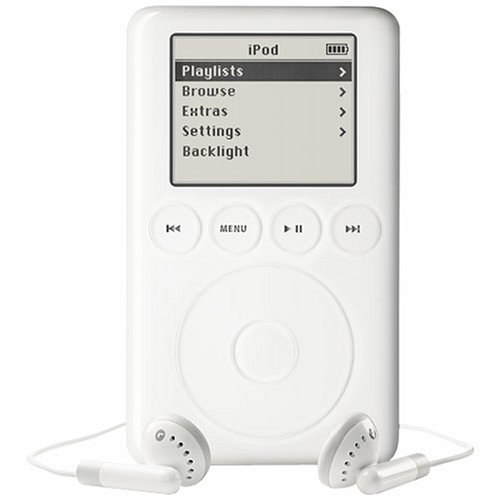 The forum replies to the article are good to read now:
https://forums.macrumors.com/threads/apples-new-thing-ipod.500/

Oh my goodness, those comments are carbon copies of the ignorant tripe we read in the comment sections today about the new iPhones. Nothing has changed in 16 years. It makers feel good to know that 16 years of ragging on Apple about everything hasn’t stopped the company from succeeding and prospering.
Score: 9 Votes (Like | Disagree)

MacMonkee
I hate to nick pick, but that picture of the nano is of the penultimate modal they made, not an early version ;)
Score: 7 Votes (Like | Disagree)
Read All Comments