Two U.S. senators have written to Apple CEO Tim Cook asking why the company removed third-party VPN apps from its App Store in China (via CNBC). Reports that Apple had pulled the VPN apps first arrived in July, following regulations passed earlier in the year that require such apps to be authorized by the Chinese government.

In the open letter dated October 17, Senators Patrick Leahy and Ted Cruz write that China has an "abysmal" human rights record when it comes to freedom of expression and free access to online and offline information, and say they are "concerned that Apple may be enabling the Chinese government's censorship and surveillance of the internet". 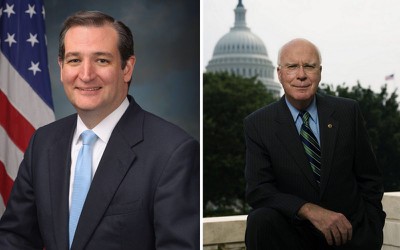 "While Apple's many contributions to the global exchange of information are admirable, removing VPN apps that allow individuals in China to evade the Great Firewall and access the internet privately does not enable people in China to 'speak up'."

"To the contrary, if Apple complies with such demands from the Chinese government it inhibits free expression for users across China, particularly in light of the Cyberspace Administration of China's new regulations targeting online anonymity."

The senators go on to note that Cook was awarded the free speech award at Newseum's 2017 Free Expression Awards, where he said: "First we defend, we work to defend these freedoms by enabling people around the world to speak up. And second, we do it by speaking up ourselves."

In the bipartisan request, the senators then ask Cook to explain Apple's actions by answering a list of questions, including whether Apple was personally asked to remove the VPN apps by Chinese officials, and if the company expressed its concerns to the Chinese authorities before the country's anti-freedom laws were enacted.

In addition, the senators question what Apple has done to promote free speech in China and whether it has pushed for human rights and better treatment of oppressed groups in the country.

During an earnings call, Cook spoke about his decision to remove the VPN apps. "We would rather not remove apps, but like we do in other countries, we follow the law where we do business." Cook went on to say that he hopes China will ease up on the restrictions over time.

Apple has yet to respond to the letter.

"So if you can assist the Chinese in monitoring their peoples communications, why can't you assist us?"
Score: 38 Votes (Like | Disagree)

nnoble
Simple answer: It's the law in China. These senators must know that.
Score: 31 Votes (Like | Disagree)

zed2
Funny how it's ok to have encryption in foriegn countries but when it's local the gov wants access.
Score: 28 Votes (Like | Disagree)

(They are) concerned that Apple may be enabling the Chinese government's censorship and surveillance of the internet.

Grow a spine you gutless hacks!!
Score: 27 Votes (Like | Disagree)

Two old white men trying to be relevant with the SJW crowds.
Why are these people still in their positions?

First of all, being the oh so tolerant liberal that you are, I thought we were over judging people by their skin color or gender. Your comment seems to be the one that's trying to be relevant with the SJW crowds.
Score: 23 Votes (Like | Disagree)

gnipgnop
China can shut down any business they want at any time for any reason they can dream up. It's an authoritarian country, not a democracy. Apple has a little bit of room to maneuver within their system, but not much. What do Leahy and Cruz expect Apple to do? Throw down the gauntlet over VPNs? Not realistic. Trump style tantrums don't work.
Score: 19 Votes (Like | Disagree)
Read All Comments