Kuo: All iPhone Models in 2018 Likely to Abandon Fingerprint Recognition

All of the iPhones Apple plans to produce in 2018 are likely to abandon the Touch ID fingerprint sensor in favor of facial recognition, KGI Securities analyst Ming-Chi Kuo told investors in a note sent out this evening.

According to Kuo, Apple will embrace Face ID as its authentication method for a competitive advantage over Android smartphones. Kuo has previously said that it could take years for Android smartphone manufacturers to produce technology that can match the TrueDepth camera and the Face ID feature coming in the iPhone X.

We predict all new 2H18F iPhone models will likely abandon fingerprint recognition. We believe this change will allow all new models to realize a competitive advantage via differentiation, on the back of an integrated user experience of full-screen design and TrueDepth Camera/ Facial recognition/ Face ID/ AR applications.

Face ID, says Kuo, will continue to be a major selling point of the new iPhone models in 2018, with Apple planning to capitalize on its lead in 3D sensing design and production.

Kuo's prediction suggests that all upcoming 2018 iPhones will feature a full-screen design with minimal bezels like the iPhone X, meaning no additional models with the iPhone 8/iPhone 8 Plus design would be produced.

That would spell the end of the line for Touch ID in the iPhone, which has been available as a biometric authentication option since 2013. It's not clear what that means for the Mac and the iPad, but Kuo has said he expects next year's iPad Pro models to transition to Face ID.

Back in September, Kuo predicted 2018 iPhones would fully adopt the TrueDepth camera and facial recognition if Face ID was "well received" by customers, but further research conducted by KGI Securities has led him to believe it will indeed be successful, leading to today's more definitive prediction.

Despite Kuo's prediction, Apple software engineering chief Craig Federighi recently hinted that Apple may not be ready to abandon Touch ID across all its products just yet. While he said Face ID is the future of biometric authentication, he also noted that there are settings where different biometric techniques or combinations of biometrics could make sense.

ActionableMango
TouchID is one of my favorite features.
Score: 91 Votes (Like | Disagree)

GuitarMan0121
Half the time I unlock my phone before it's even pointed at my face. This just feels like an inconvenient compromise for not having a good place for a fingerprint scanner.
Score: 67 Votes (Like | Disagree)

serialiphoneuser
No Thanx! I will NEVER buy a Face-ID device.
Don't shoe-horn things into consumers faces that they've never asked for and don't take away things they care deeply about. Enjoy the free-slide in sales. It may not be immediate, but it will be profound. 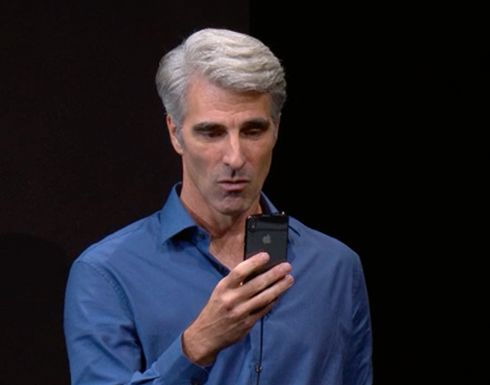 No Thanx! I will NEVER buy a Face-ID device.
Don't shoe-horn things into consumers faces that they've never asked for and don't take away things they care deeply about. Enjoy the free-slide in sales. It may not be immediate, but it will be profound.

That's what they said about TouchID o_O
Score: 39 Votes (Like | Disagree)

That's what they said about TouchID o_O

What did they take away when they added Touch ID?
Score: 37 Votes (Like | Disagree)
Read All Comments