Yesterday at a media event held in Apple Park, Apple announced its much-anticipated all-screen 5.8-inch iPhone X, which features a next-generation facial authentication system called Face ID for unlocking the smartphone in lieu of a home button with Touch ID.

During the keynote at the Steve Jobs Theater, Apple software engineering chief Craig Federighi took to the stage to demo Face ID. However, much to his chagrin, the facial recognition technology appeared to fail at his first attempt to unlock the iPhone X, forcing Federighi to switch to a backup device to get the demo moving. 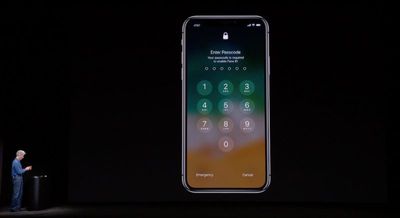 Some observers have leapt on the moment as evidence that Face ID is unreliable or a yet-to-be-perfected technology that's unfit to replace Touch ID fingerprint authentication. Vice News even went so far as to link the onstage incident to a sudden drop in Apple's share price. Since the demo aired, however, several competing theories have been put forward to explain the apparent "failure".

One theory is that Apple has adopted the same reboot security measure on the iPhone X that is found on iPhones with Touch ID, and this is what stalled Federighi's Face ID demo. The moment when he tries to unlock the iPhone X with his face, a closer look at the presentation screen reveals the words "Your passcode is required to enable Face ID". As several contributors on Quora have pointed out, a similar message is seen when an iPhone with Touch ID is first switched on, or if the phone hasn't been used in the last 48 hours.

This suggests someone forgot to enter the passcode on Federighi's iPhone X after a reboot. But if that were the case, the message likely should have stated, "Face ID requires your passcode when iPhone restarts", which more accurately reflects the equivalent message Touch ID phones display after a reboot. Some have argued that Face ID wasn't even set up on the device and the failure lies with Federighi, since he made no mention of this during the demo, but we don't know for sure.


Another theory put forward is that several unsuccessful attempts had already been made to unlock the device prior to the onstage demo, since Federighi only tries to authenticate Face ID twice before the passcode screen appears, whereas Touch ID takes five consecutive failed attempts before requiring a passcode. It's possible, but unlikely, and doesn't really explain the two failed tries witnessed by the audience.

An alternative, and more concerning explanation, is that Face ID simply failed to recognize the Apple executive, suggesting the feature has accuracy issues that the company is still working to resolve. Indeed, while Face ID was generally lauded by the media during hands-on iPhone X demonstrations after the keynote, at least one journalist reported "plenty of missed unlocks", and even problems activating Face ID that were only resolved after repeatedly turning the display off and on again, which they called "a little worrying". A similar issue may have befallen Federighi on stage.

Apple claims Face ID can recognize a user's face under a variety of conditions and in poor light, despite everyday changes in appearance, such as applied make-up or beard growth. It is also said to boast a mismatch error rate of 1 in 1,000,000, compared to 1 in 50,000 for Touch ID, thanks to multiple neural networks built into the iPhone X's dual-core A11 bionic neural engine. With the iPhone X officially up for pre-order on October 27, the proof of the pudding will be in the eating.

Update: Face ID is disabled after five unsuccessful attempts, requiring the user to enter the device passcode in order to be re-enabled, as described in Apple's developer beta documentation, suggesting that Federighi was unable to authenticate the first device because of multiple previous failed unlock attempts.

Darryl.Jenks
"You're looking at it wrong."
Score: 93 Votes (Like | Disagree)

levitynyc
Still better than this.

Menopause
You have to wipe you face first, duhh. 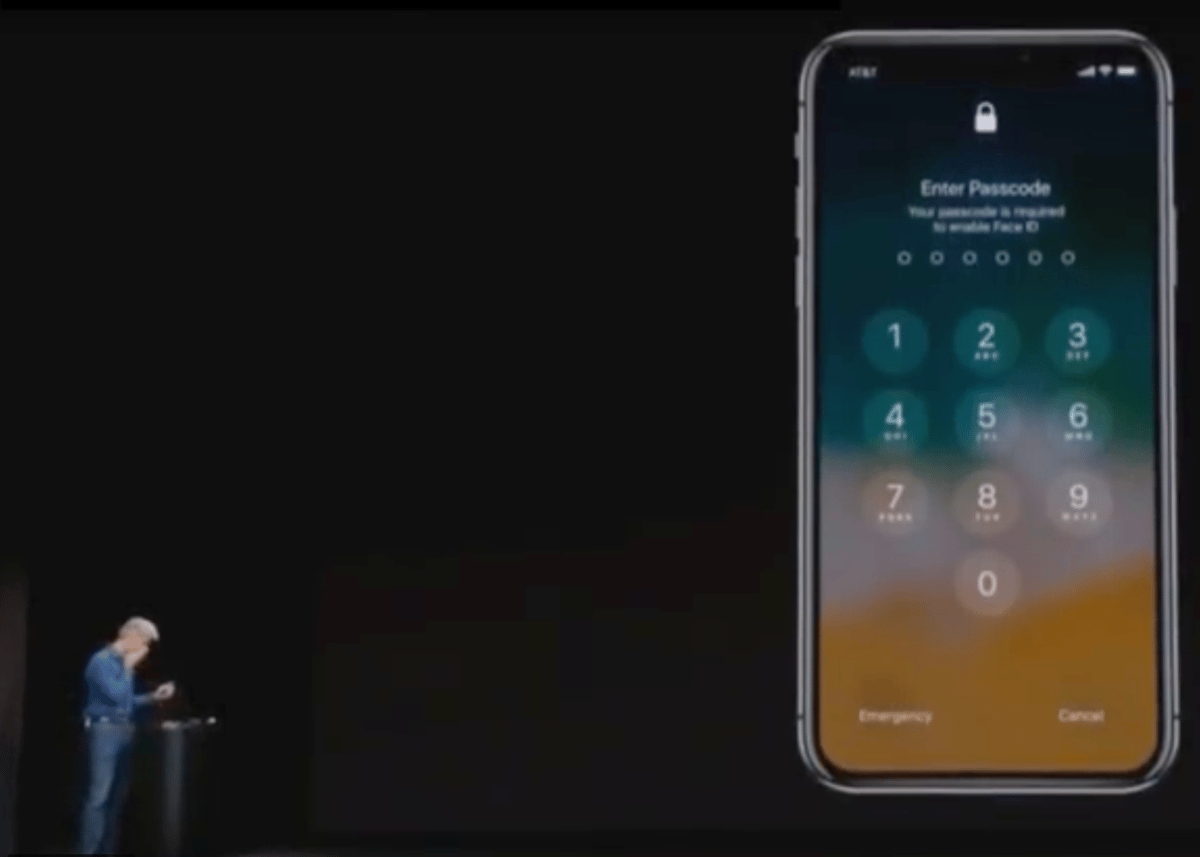 Maybe author isn't an iOS user because that message appears if you don't use your iphone for 5 hours — Touch ID (and Face ID) tokens are zeroed after five hours in non-use state and you have to enter passcode to reenable the security feature. I bet that was the case on stage.

Do you have proof of this claim? I go to bed and don't touch my phone for 6+ hours and Touch ID still works perfectly fine when I get up. The only time I need to enter my passcode is when my phone is restarted or my hands are particularly sweaty / dirty.
Score: 35 Votes (Like | Disagree)

That was bad, but the real embarrassment was wasting so much Keynote time on cringeworthy emojis.

I think that impersonation of animal voices was the lowest point for Apple. Like some god damn Disney show and not a presentation for number one product from the world's most valuable company. 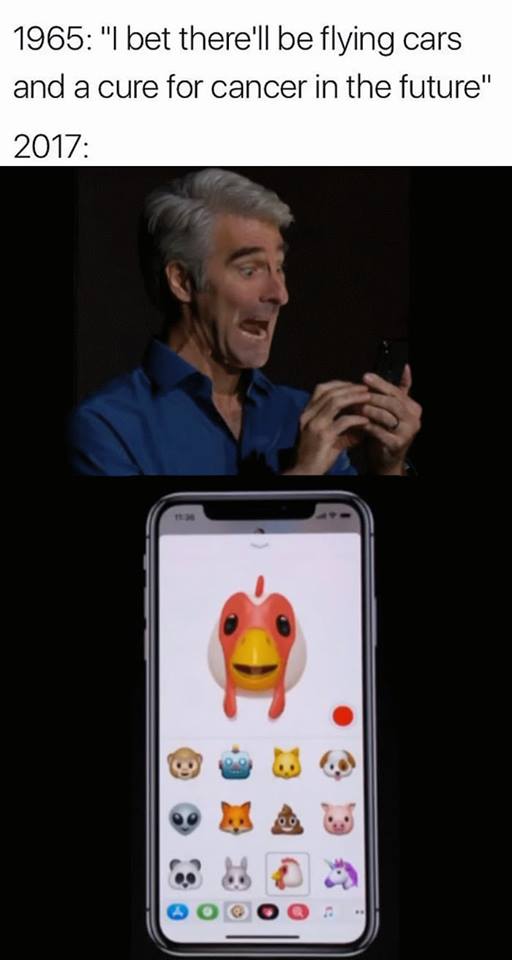 Santabean2000
That was THE moment of the night that need to be flawless. And it failed.