KGI: Apple's Own Wireless Charging Accessory Will Not Debut at Today's Event

Tuesday September 12, 2017 5:48 am PDT by Mitchel Broussard
Apple isn't prepared to debut its own first-party wireless charging accessory for the upcoming iPhones, according to KGI Securities analyst Ming-Chi Kuo. The iPhone X, iPhone 8, and iPhone 8 Plus are all expected to support inductive wireless charging when they are announced later today, so in the interim between the smartphones' launch and the launch of a first-party Apple wireless charging pad, users will have to purchase third-party accessories.

Apple isn't ready for the launch of its own wireless charging accessory because it has "higher requirements for wireless charger RF specifications," according to Kuo. This means that there is currently no definite timetable for the mass production of Apple's accessory, and it's unclear when such a device will launch. Apple might even be waiting for certain "technological breakthroughs" before ramping up production. 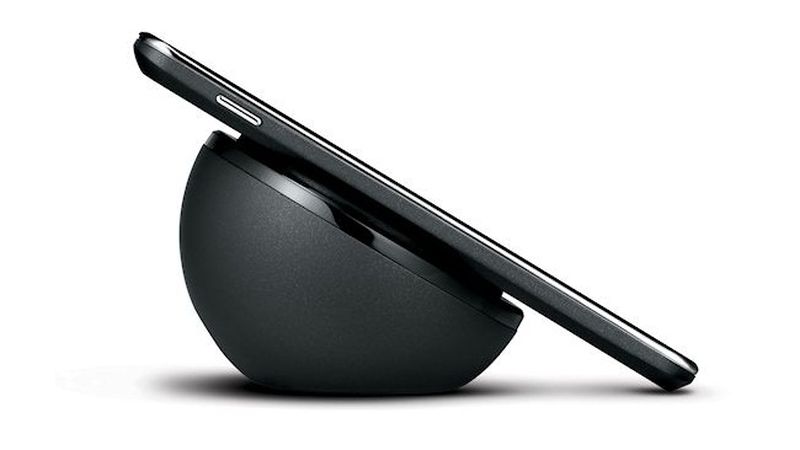 An example of a Qi wireless charging pad

In the same report, Kuo said that Foxconn is planning to see a significant ramp-up in production on its 5.5-inch LCD iPhone assembly line, by as much as 70-80 percent. This falls in line with previous reports that said Apple plans to boost production and availability of the iPhone 8 and iPhone 8 Plus, while the OLED iPhone X will be particularly difficult to come by early on.

We're now just a few hours away from the official unveiling of the tenth-generation iPhone X, iPhone 8, iPhone 8 Plus, Apple TV 4K, Apple Watch Series 3, and more, all taking place at the Steve Jobs Theater at Apple Park. MacRumors will follow all of the stories and news coming out of the event today with a live blog, articles, video recap, and more. Follow our @MacRumorsLive Twitter account ahead of time to see live tweets as Apple breaks news during the event.

xalea
If this is true it will overshadow a lot of the news/discussion about the phone itself. How do you not have a design change for three years, with the resources of Apple, and not be able to ready your own charging station? It would be really nice if this affected some kind of leadership change at Apple as this is just a symptom of a larger problem, but I doubt if that will happen.
Rating: 32 Votes

Nik
It continues: Last year the AirPods weren't ready. This year it is the charger. Wasn't the CEO himself a supply chain guy? ;)
Rating: 31 Votes

nabeel24
Feels like this launch is quite disorganized.
Rating: 24 Votes

That's odd - - you'd think a pixellated view cobbled together from various disconnected third-party sources would be as accurate you can get.
Rating: 18 Votes

What's disorganized are the rumors around it. We haven't seen the launch yet.
[doublepost=1505217772][/doublepost]

That's odd - - you'd think a pixellated view from various disconnected third-party sources would be as accurate you can get.

Beat me to it. Special lol.
Rating: 18 Votes

Behind the scenes, launches are always chaos. I do think Apple is reaching technically lately to try and keep up with competition.


Or… they aren't willing to compromise, and respect safety more than Sam::BOOM::sung.
Rating: 16 Votes

Jolson247
It'll be announced today as "Available Later This Year" and finally be available to purchase in December only to trickle out slowly to Apple Stores and then other stores. The AirPod fiasco all over again.

Why go with new technology or even announce a new product if it's not going to be widely available for 9-12 months? Something isn't right. Are these guys just throwing crap at the wall and seeing what sticks and then scrambling to manufacture stuff? That seems like a silly way to do things.

You should have waited six months more for iPad 4 - that was the real deal ;)
Rating: 9 Votes

TrueBlou
Something just doesn’t add up. I mean short of Apple holding out for actual short range wireless charging (as in, no contact whatsoever) as was rumoured some time ago. Are we really suggesting that one of the biggest electronics manufacturers in the world couldn’t knock out an inductive charger?

Something they already have on one of their products, something an engineering intern could have knocked up for them in the space of a few weeks. Something they had to have had internally to test the feature if it exists.

So yeah, even if the technological breakthrough part is Apple’s primary goal, such as the aforementioned truly wireless charging. Why on earth wouldn’t the, we want all of your money company, put out an own-brand inductive charger in the interim? It just doesn’t make sense to me. But then I am easily confused at the moment..... Back to Pink Floyd I go :D
Rating: 8 Votes

1Zach1
I'm not really sure the upside of inductive charging, but my wife told me this morning that this could be her favorite feature on the phone, so I guess I'm just not the target audience.
Rating: 7 Votes