New photos of an alleged iPhone part leak appeared online this morning offering another possible indication that Apple's upcoming 2017 range of iPhones will be available in just three colors. The images were shared by Benjamin Geskin and depict two iPhone SIM card trays in gold and silver, purportedly destined for Apple's so-called "iPhone 8".

Geskin's tweet refers to previous rumors suggesting Apple will offer the "iPhone 8" – as well its companion devices, the iPhone 7s and the iPhone 7s Plus – in silver, gold, and black (not shown).

The three colors were first mentioned in early August by notable KGI Securities analyst Ming-Chi Kuo and appeared to line up with dummy model images that were circulating at the time, albeit with a question mark remaining over the copper-tinged appearance of the gold model, described by the dummy leaker as "champagne gold".

A couple of weeks later, Geskin claimed the internal name for the unusual-looking color was "Blush Gold" and offered his own OLED iPhone render to give an idea of its appearance.

The new color has divided observers, with some calling it the "Zune option", referring to Microsoft's much-maligned brown music player. Still, it's hard to know for sure how the so-called "Blush Gold" color will appear in natural light, if indeed Apple plans to offer it instead of its traditional Rose Gold or Gold colors.

Apple is expected to offer the new iPhones in 64GB, 256GB, and 512GB storage capacities at $999, $1099, and $1199 price points, respectively. To find out if the rumors are accurate, be sure to follow our coverage of Apple's September 12 media event on MacRumors.com and through our MacRumorsLive Twitter account.

Link to the thread :-
https://forums.macrumors.com/threads/iphone-8-leaked-sim-tray-in-blush-gold-and-silver-black.2064955/

Edit :- I think this confirms the Blush Gold color is happening. I am eagerly waiting to see how it will look like in person. If it came with black front it will be my first choice ;-)

Huge chance that it will be white front though. Sucks that Jony Ive likes white. :mad:
Score: 5 Votes (Like | Disagree)

Link to the thread :-
https://forums.macrumors.com/threads/iphone-8-leaked-sim-tray-in-blush-gold-and-silver-black.2064955/

Edit :- I think this confirms the Blush Gold color is happening. I am eagerly waiting to see how it will look like in person. If it came with black front it will be my first choice ;-)

Lol how thirsty are you that you need to link your own post and say it’s already been talked about? MR isn’t monitoring every tweet in the world 24/7 guy.
Score: 3 Votes (Like | Disagree)

H3LL5P4WN
Hey, I liked the brown Zune. It reminded me of some kind of cold-war era Soviet tech. I kind of wanted one, despite already having an iPhone and iPod at the time. 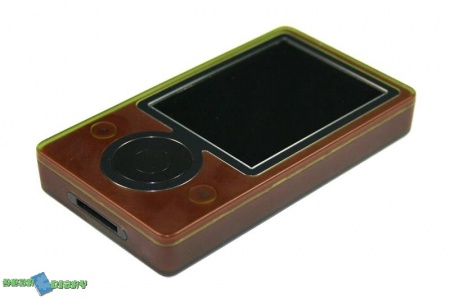 Already posted here on macrumors few hours ago
Link to the thread :-
https://forums.macrumors.com/threads/iphone-8-leaked-sim-tray-in-blush-gold-and-silver-black.2064955/
Edit :- I think this confirms the Blush Gold color is happening. I am eagerly waiting to see how it will look like in person. If it came with black front it will be my first choice :-

God that blush gold combo with that painted stainless steel frame and black front is a work of art
Score: 2 Votes (Like | Disagree)

Except Apple will make it a white face.
Score: 2 Votes (Like | Disagree)
Read All Comments