Samsung today held an event at the IFA trade show in Berlin, where the company introduced two new smart watches and a second-generation version of its Gear IconX wireless earbuds. The two new watches come just weeks ahead of the prospective launch date of Apple's third-generation Apple Watch, which is expected to feature LTE as its main selling point.

The new Samsung Gear Sport is positioned as a fitness-focused smart watch with a round 1.2-inch 360 x 360 AMOLED display and a 20mm strap, making it one of Samsung's slimmest smart watches. It features an improved interface, "military-level durability," and comes in two colors - blue and black. 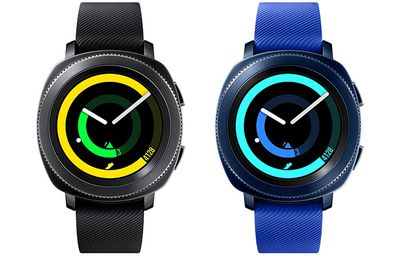 Inside, there's a 1.0GHz dual-core processor, 4GB storage space, 768MB RAM, a 300mAh battery, and the traditional sensors, including a heart rate monitor, accelerometer, gyroscope, barometer, and more. It runs the Tizen operating system and is compatible with Android and iOS devices. Pricing for the Gear Sport has yet to be announced, and Samsung says it'll be available for purchase during the holiday season.

Samsung's Gear Fit2 Pro, available in red and black, is described by the company as an advanced GPS fitness band rather than a true smart watch. It includes GPS tracking functionality and a curved 1.5-inch 216 x 432 AMOLED touchscreen display. It also features a Dual Core 1.0GHz processor, 4GB storage, 512MB RAM, a 200mAh battery, and it comes in two sizes to fit different wrists.

The Gear Fit2 Pro, priced at $199.99, will be available for preorder starting on August 31 at 9:00 a.m from retailers like Amazon. Shipments will start arriving on September 15.

Samsung's final new wearable is a second-generation version of its Gear IconX wire-free earbuds, which are Samsung's equivalent to Apple's AirPods. Samsung says the new IconX earbuds are lighter weight and more ergonomic, making them more secure and comfortable in the ear. They come in Black, Gray, and Pink, and support features like Bixby with gestures to activate the personal assistant.

The new Gear IconX features improved battery life (up to five hours of music streaming or seven hours of standalone playback), 4GB internal storage per earbud, and a charging case. The Gear IconX is set to be released this fall, but pricing has yet to be announced.

Morgenland
Earbuds can be bundled with The Potty Patty Potty Chair ('http://www.pottytrainingconcepts.com/Patty-Potty-Chair-2.html'):

Porco
Rather than potties... the Gear IconX earbuds made me think of an aquatic avian society. 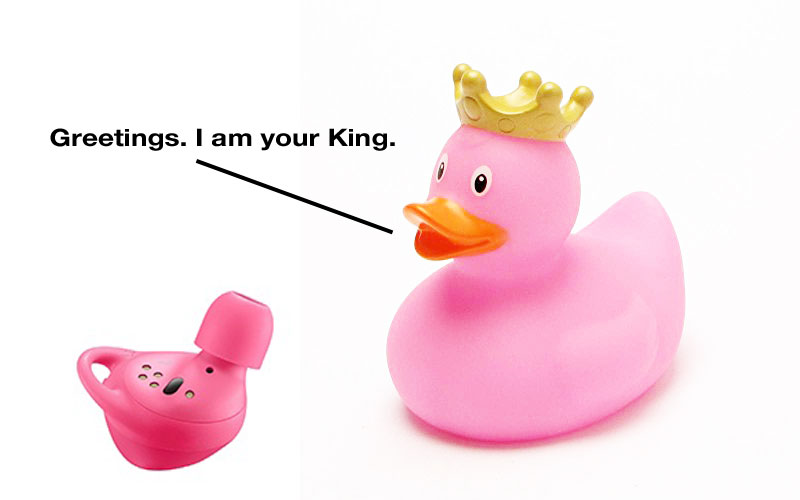 djcerla
The more smartwatches are released, the more the design work of Ive&Newson on the Apple Watch feels just "right" and timeless (pun intended).
Score: 16 Votes (Like | Disagree)

Jony Ive just needs to iMessage this article to Tim Cook to get a raise.

One thing that I learned from following Apple and Tech news is that design is hard. 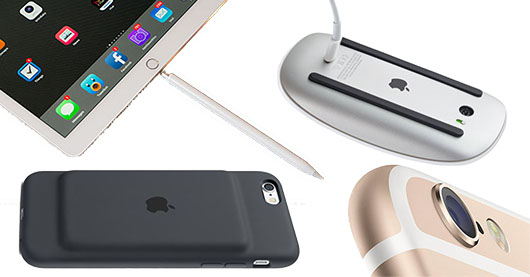 Why is this a MacRumor?

Because it's about products of one of the main competitors of Apple.
Score: 12 Votes (Like | Disagree)
Read All Comments