The HomePod firmware that Apple pushed out to public servers over a week ago continues to reveal tantalizing tidbits of information about unannounced Apple hardware, and this time the plaudits go to iOS developer Guilherme Rambo for discovering lines of code that suggest the upcoming "iPhone 8" will automatically suppress notification sounds when a user is looking at the screen.

What @jsnell talked about on the last @_upgradefm is true: the iPhone will suppress notification sounds if you're looking at it pic.twitter.com/eFzKUfZYDx — Guilherme Rambo (@_inside) August 8, 2017

As a possible extension of biometric authentication, the line of code beginning "TLAttentionAwarenessObserver" implies that the same infrared depth sensors may be used to mute audible notifications when the user is giving the phone their full attention and looking directly at the screen. Previously uncovered code within the HomePod firmware suggests the "iPhone 8" will also be able to scan the user's face even while the device is lying flat on a table.

Of course, there's no guarantee that the sound suppression feature will show up in Apple's upcoming OLED iPhone, due to launch next month, but if it does, it's likely to be user-configurable as an Accessibility consideration. If anything it highlights another potential use case for Apple's face detection feature, which could replace Touch ID fingerprint authentication entirely on future iPhones.

While many observers remain skeptical that Touch ID can be replaced by a facial recognition system that's equally secure, rumors have suggested Apple's facial recognition technique captures more data points than a fingerprint scan, making it even more secure than Touch ID.

ILikeAllOS
This is why Apple always waits until they have perfected something before adding it to the iPhone.
Any other company (like Samsung) would have just added the iris scanner to their phone and then only use it for unlocking the device, but when Apple adds it they also ask themselves "what else can we do with the face scanner?" and now here you go!

Can't wait until they finally show off everything the new iPhone can do!
Score: 12 Votes (Like | Disagree)

Centris 650
In September they should just let the homepod introduce the new iPhone.
Score: 10 Votes (Like | Disagree)

penajmz
I love these leaks but hate them at the same time. This would’ve been an awesome announcement nobody was expecting.
Score: 8 Votes (Like | Disagree)

This is why Apple always waits until they have perfected something before adding it to the iPhone.

No they didn't. They JUST bought the finished product (FaceID) in February. 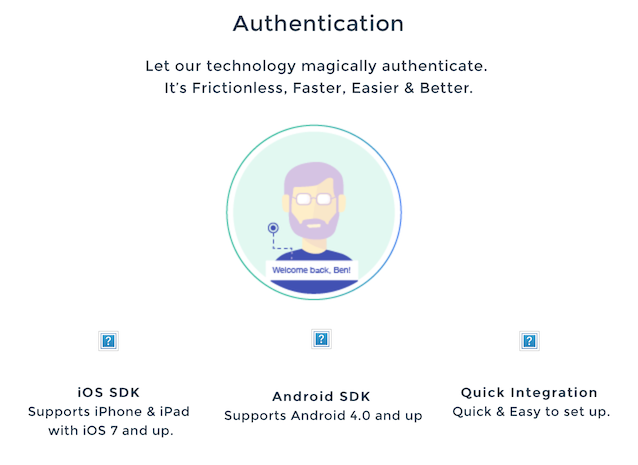 This is why Apple always waits until they have perfected something before adding it to the iPhone.
Any other company (like Samsung) would have just added the iris scanner to their phone and then only use it for unlocking the device, but when Apple adds it they also ask themselves "what else can we do with the face scanner?" and now here you go!

Can't wait until they finally show off everything the new iPhone can do!

Umm....samsung have loads of features for YEARS related to the user looking at the screen

This is from 4 YEARS AGO!