AT&T has tentatively agreed to sell a flagship smartphone made by Chinese company Huawei, according to The Information. 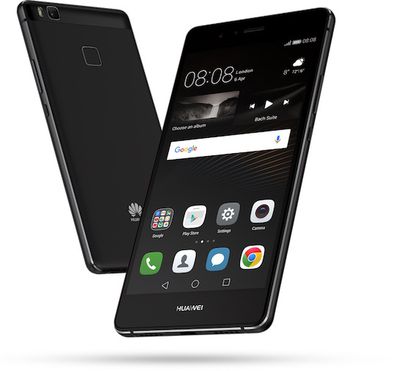 The report, citing people familiar with the matter, said the device AT&T carries may resemble Huawei's upcoming Mate 10 smartphone, a new high-end model that the company is rumored to unveil in Europe this October. However, the smartphone could have a different name in the United States.

A deal isn’t finalized until the phone clears all the technical hurdles and the companies agree on the commercial terms of the release. Huawei’s engineers are working on hardware and software modifications that are necessary for meeting U.S. telecom standards and AT&T’s requirements, the people said.

The partnership would be a major win for Huawei, already the world's third largest smartphone maker by market share.

Huawei is the most popular smartphone maker in China, and it has aggressively pushed into Canada and several European countries, but it has considerably less brand awareness in the United States, where it lacks agreements with the big four carriers Verizon, T-Mobile, Sprint, and until now, AT&T.

American customers have to resort to retailers such as Best Buy, Walmart, or Amazon to purchase a Huawei smartphone, reducing the brand's visibility in a country where Apple and Samsung reign supreme.

Huawei's reputation also suffered when it was banned from selling network equipment in the United States. In 2012, citing a risk to national security, a U.S. congressional report raised concerns that Huawei could build backdoors in their equipment to leak sensitive information from the U.S. to China.

Huawei has denied those claims, and the company has expressed hope that the ban will eventually be lifted. Of note, the ban doesn't appear to affect Huawei's ability to sell smartphones in the United States.

A deal with AT&T could help Huawei achieve its lofty goal of becoming the world's largest smartphone maker by 2021, a feat that would require leapfrogging both Apple and Samsung in sales.

Huawei shipped an estimated 38.4 million smartphones in the June quarter, a 20 percent increase over a year ago, according to research firm Strategy Analytics. By comparison, Apple reported it sold 41 million iPhones in the same period, up nearly 2 percent from the year-ago quarter.

Huawei held just 1 percent market share in the United States as of the first quarter, according to research firm IDC.

KazKam
Huawei is no more competition for the iPhone than Samsung or LG... it's just another Android phone manufacturer.

It IS competition for other Android manufacturers. In the US at least, most of the dust has settled and you're either in the iPhone camp or the Android camp. iPhone users aren't going to switch to Huawei phones any more than they are to Samsung phones. They might, however, switch to Huawei from Samsung.
Score: 14 Votes (Like | Disagree)

Why do we care about Huawei?

I doubt Apple cares at all. And I don't either.

This is all very reminiscent of a certain Steve Balmer a decade or so ago.
"Would I trade 96% of the market for 4% of the market? (Laughter.) I want to have products that appeal to everybody."
Link. ('http://www.businessinsider.com/heres-what-steve-ballmer-thought-about-the-iphone-five-years-ago-2012-6?IR=T')

Never be complacent about your competition. Yes, Huawei is competition.
Belittling their products is not a wise way of engaging.

Apple were the underdog once. Things change.
Score: 12 Votes (Like | Disagree)

OverSpun
Why do we care about Huawei?
Score: 9 Votes (Like | Disagree)
Read All Comments