Apple's third-generation Apple Watch, set to launch later this year, will include its own LTE for a standalone cellular connection, reports Bloomberg.

With a cellular connection, the new Apple Watch models will be untethered from the iPhone, able to stream music, send messages, download apps, and connect to the internet without the need for an iPhone.

Intel, not Qualcomm, will supply the LTE modems for the Apple Watch.

Cellular connectivity for the Apple Watch is not a new rumor - we've been hearing hints of it since before the Series 2 Apple Watch was released last September. Battery issues have reportedly been holding Apple back - a cellular connection drains battery more quickly.

Previous third-generation Apple Watch rumors have suggested Apple is focusing primarily on improving battery life and the company may have made enough progress to compensate for LTE connectivity.

Aside from the inclusion of an LTE chip, not much is known about the next Apple Watch. Rumors have pointed towards a more minor update that focuses on under-the-hood hardware and performance improvements rather than external design changes.

Bloomberg believes the cellular-capable Apple Watch will launch this fall alongside new iPhones, but cautions that the device could be delayed beyond 2017.

CWallace
Pretty soon the "family" part of "family plan" will mean the various members of your Apple Family (iPhone, iPad, Apple Watch, etc.) rather than your biological family. :p
Score: 36 Votes (Like | Disagree)

tkukoc
Assuming it needs its own plan.. I'm out. This type of thing should be easily connected to a current plan with no up-charge. But this is carriers we are talking about.. they nickle and dime everyone.
Score: 32 Votes (Like | Disagree)

Imagine going biking or jogging with just a watch and having millions of songs to choose from. No more of this: 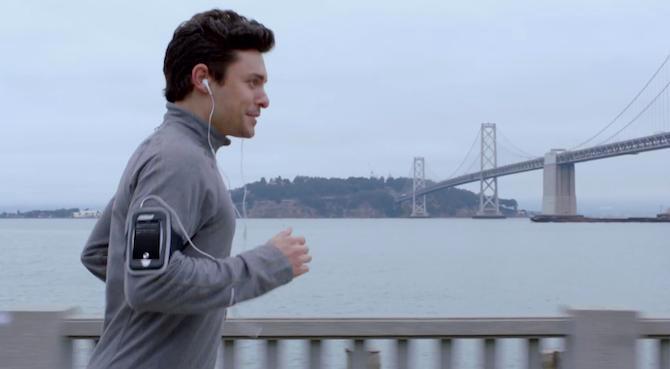 rosalindavenue
I hope they sell a series 3 without the LTE. I'll be ready to replace my series 0 but am not interested in a stand alone internet device with a postage stamp sized screen.
Score: 12 Votes (Like | Disagree)

elvisimprsntr
One step closer to a true Dick Tracy watch. Likely data only, no untethered voice or video calls yet.

I suspect it will have an eSIM and perhaps this will be Apple's first foray as a MVNO. 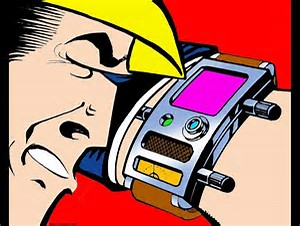 The cellular modem would likely improve battery life by using cellular and wifi location instead of GPS all the time.

Also means they can add a compass and use cellular data to get true vs magnetic north offset based on location.
Score: 12 Votes (Like | Disagree)

The only Apple product that needs to be thinner, passed my series 2 never liked the bulky design. Hope it's thinner.

Srsly? Used the S2 for a while now, and stil cant understand why some people complain about that its bulky? Its a beautiful piece of tech.
Score: 12 Votes (Like | Disagree)
Read All Comments

Wednesday February 24, 2021 7:26 am PST by Hartley Charlton
Hit-and-miss leaker Jon Prosser has today alleged that the upcoming 2021 iMac models will offer five color options, mirroring the colors of the fourth-generation iPad Air, and revealed a number of additional details about the Mac Pro with Apple Silicon. In a new video on YouTube channel FrontPageTech, Prosser explained that the redesigned iMacs will come featuring options for Silver, Space ...
Read Full Article • 291 comments

Monday February 22, 2021 8:52 pm PST by Joe Rossignol
Apple plans to release two new MacBook Pro models equipped with an HDMI port and SD card reader in the second half of 2021, according to analyst Ming-Chi Kuo, who outlined his expectations in a research note obtained by MacRumors. The return of an SD card reader was first reported by Bloomberg's Mark Gurman last month. "We predict that Apple's two new MacBook Pro models in 2H21 will have...
Read Full Article • 505 comments

Tuesday February 23, 2021 7:07 am PST by Hartley Charlton
Over the past week, some M1 Mac users have been reporting alarming SSD health readings, suggesting that these devices are writing extraordinary amounts of data to their drives (via iMore). Across Twitter and the MacRumors forums, users are reporting that M1 Macs are experiencing extremely high drive writes over a short space of time. In what appear to be the most severe cases, M1 Macs are sai...
Read Full Article • 631 comments

Thursday February 25, 2021 7:48 am PST by Joe Rossignol
Apple plans to unveil new 14-inch and 16-inch MacBook Pro models with Mini-LED-backlit displays in the second half of this year, according to industry sources cited by Taiwanese supply chain publication DigiTimes. The report claims that Radiant Opto-Electronics will be the exclusive supplier of the Mini-LED backlight units, while Quanta Computer is said to be tasked with final assembly of the...
Read Full Article • 186 comments

Thursday February 25, 2021 1:50 am PST by Sami Fathi
Valve, the makers behind popular game distribution platform Steam, will be forced to hand over aggregate historical sales, price, and other information on 436 games hosted on the store to Apple, as part of the Apple vs. Epic Games antitrust case. As reported in a paywalled report by Law360, during a virtual discovery hearing on Wednesday, U.S. Magistrate Judge Thomas S. Hixson ordered that...
Read Full Article • 118 comments

AirPods Max in Silver Now Available to Ship on Amazon