Apple today announced that it is promoting Deirdre O'Brien to a new head HR role, "vice president of People." O'Brien, who previously served as vice president of Worldwide Sales and Operations, has been at Apple for nearly 30 years.

According to the news release, O'Brien will lead all HR functions, like talent development, recruiting, benefits, compensation, and business support, plus she'll oversee Apple University, where employees are trained. She will be reporting directly to Apple CEO Tim Cook.

"As long as I've been at Apple, Deirdre has been the glue that bonds our operations, sales, marketing and finance teams to deliver products to our customers," said Tim Cook, Apple's CEO. "Deirdre deeply understands Apple's unique culture and that people join Apple to do the best work of their lives. She is a superb leader and I'm thrilled she will be bringing her experience and talent to this critical role."

O'Brien first joined Apple in 1988 and has had a "key role" in each Apple hardware product launch over the past 20 years. She will start her new position as vice president of People in the fall.

"I love Apple and, like so many of my colleagues, I'm honored to have made it my life's work," said Deirdre. "I'm excited to begin this new chapter, supporting 120,000 incredibly talented people around the world who are motivated to do amazing things every day. It is a privilege to work among such a diverse and talented team, and to help them thrive here at Apple."

Apple has recently taken to announcing high profile hires and promotions on its news site, most recently sharing the hiring of Jamie Erlicht and Zack Van Amburg, two former Sony Pictures executives who will lead Apple's original programming efforts, and the promotion of Isabel Ge Mahe to Managing Director of Greater China.

I'm not one to know things about Apple - The Business Side, but this doesn't sound real.

Yo Apple, make me Vice President of Air. I'll make sure the campus' air quality is on par. I require 100K salary and stock though
Score: 12 Votes (Like | Disagree)

Is this related to the Human Fund?

Ha! Glad I'm not the only one who thought that! 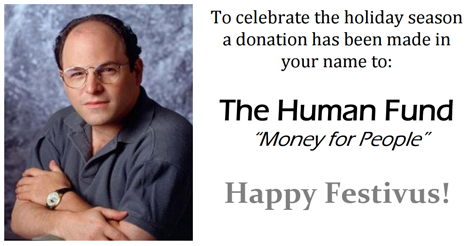 Nebulance
Is this related to the Human Fund?
Score: 10 Votes (Like | Disagree)

TimSHB
She has people skills, she is good at dealing with people! Can't you understand that? What the hell is wrong with you people?!
Score: 8 Votes (Like | Disagree)

What an odd name "Deirdre", how do you pronounce that name?

More diversity at the top level is never a bad thing. Especially as the the rest of the VP’s hopefully aren’t going anywhere. Well, most of them... there is one guy who could leave and I wouldn’t be too bothered.

Define diversity. Is it just sexual organs and skin color, or perhaps diversity of thought?
Score: 4 Votes (Like | Disagree)
Read All Comments