Apple today announced that Isabel Ge Mahe, the current vice president of wireless technologies, has been made the vice president and managing director of Greater China. In her new role, she will report directly to Apple CEO Tim Cook and COO Jeff Williams.

According to Apple, Ge Mahe, who has led Apple's wireless technologies software engineering teams for nine years, will provide leadership and coordination across Apple's China-based team. 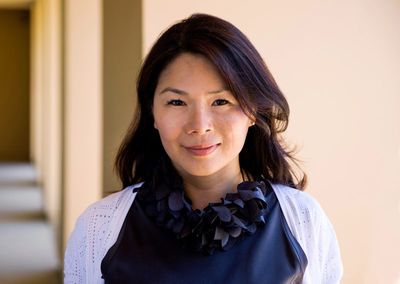 "Apple is strongly committed to invest and grow in China, and we are thrilled that Isabel will be bringing her experience and leadership to our China team," said Tim Cook, Apple's CEO. "She has dedicated a great deal of her time in recent years to delivering innovation for the benefit of Apple customers in China, and we look forward to making even greater contributions under her leadership."

As VP of wireless technologies, she has focused on the development of cellular, WiFi, Bluetooth, NFC, and location and motion technologies for nearly all of Apple's products. She has also previously been in charge of the engineering teams developing Apple Pay, HomeKit, and CarPlay, and she has worked closely with Apple's R&D team and carrier partners to bake China-specific features into the iPhone and iPad.

She has overseen the addition of QR Code support in iOS 11, SMS fraud prevention services exclusive to China, and the feature that allows Apple customers to use a phone number as an Apple ID.

In a statement, Ge Mahe said she is honored to represent Apple in China. "Everyone at Apple is proud of the contributions we make to the communities where we do business, and I am looking forward to deepening our team's connections with customers, government and businesses in China to advance innovation and sustainability," she said.

China has become an increasingly important market for Apple over the course of the last few years, and Ge Mahe's appointment comes as the company struggles to maintain iPhone sales momentum in the country. In the second quarter of 2017, revenue in China was at $10.7 billion, down from $12.5 billion in the year-ago quarter.

Ge Mahe will begin working in her new position, which is based in Shanghai, later this summer.

Don't they use Qualcomm and intel chips for all the wireless systems in the iPhone? I'm not putting her down, I really am confused why someone would need to be VP for that 'dept'.

You should call Apple and let them know, I'm sure you know more about how to run their international multibillion dollar business than they do.
Score: 16 Votes (Like | Disagree)

What’s up with the press releases for non SVP/executive level positions. I don’t remember Apple doing this in the past.

She's reporting directly to the CEO and running their China operation. How much more 'executive' can it get?
Score: 12 Votes (Like | Disagree)

Packers1958
So who's the director of Lesser China?
Score: 12 Votes (Like | Disagree)

Not surprised to hear this and all should be concerned and watching what she was and is doing.

Why should we be concerned?

Please enlighten us with your greater wisdom on the subject.
Score: 9 Votes (Like | Disagree)

And for that matter where is Old Zealand these days?

Greater China is defined as the People's Republic of China, Hong Kong, Macau, and Taiwan. "Lesser China" you might define as the PRC itself, but if you called it that, you might find yourself staring down the barrel of a tank with 1.4bn people behind it. Just saying'

As for "Old" Zealand, New Zealand is named after Zeelandia (or Zeeland) in the Netherlands. In Dutch it is called "Nova Zeelandia". A certain Englishman called Captain James Cook failed to spell it right and called it New Zealand.