After first giving iTunes an emoji-themed makeover, Apple is continuing its celebration of World Emoji Day with a preview of all-new emoji characters coming to iOS, macOS, and watchOS later in 2017.

The new emoji make it easier for users to express themselves with greater diversity, additional animals and creatures, new smiley faces and more.

Apple didn't specify a launch date for the new line of emoji characters coming to iPhones, iPads, Macs, and Apple Watches this year, but it's expected that they will arrive sometime around the public launch of iOS 11 this fall, or soon thereafter. World Emoji Day celebrations are also extending to the iOS App Store, where Apple said that it has highlighted apps that showcase fun things to do with the smartphone characters.

adamjackson
Just remember folks, there's a team of designers at apple that after years of study, practice, college and building up a portfolio of amazing work, are now spending 12 hours a day sitting in front of an iMac drawing emoji full-time until they just can't take it anymore.
Score: 62 Votes (Like | Disagree)

JesterJJZ
That's great...can I have my gun back?
Score: 51 Votes (Like | Disagree) 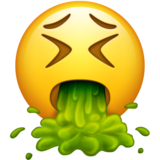 OldSchoolMacGuy
We can always use more puke emojis.
Score: 34 Votes (Like | Disagree)

Dilster3k
Glad they were able to pull off an emoji-themed iTunes makeover...

How about utilizing those resources into pulling off an entire iTunes makeover that doesn't suck?
Score: 34 Votes (Like | Disagree)

thisisnotmyname
We didn't need a zebra emoji, people could have just used the horse. This is likely the result of campaigns from zebra rights activists and I'm offended that they've included it.

(just getting that out of the way as I'm - unfortunately - expecting other comments along those lines)
Score: 24 Votes (Like | Disagree)
Read All Comments

Saturday May 15, 2021 11:08 am PDT by Juli Clover
Twitter has been working on some kind of subscription service since last summer, and Jane Manchun Wong, who often digs into new features coming in apps, has shared details on just what Twitter is exploring. Twitter's subscription service could be called Twitter Blue, and at the current time, it's priced at $2.99 per month. There will be a "Collections" section that allows users to save and...
Read Full Article • 85 comments