Since 2015, Apple has been using LIDAR-equipped mapping vehicles to capture street-level imagery for the Apple Maps app. Apple has expanded the areas where it is collecting data several times over the course of the last two years, and according to the latest update to the company's support page, Apple Maps vehicles have recently made their way into Spain.

Apple regularly highlights the countries and cities around the world where its vehicles are located, and between July 3 and August 13, Apple will collect data in the Biscay province of Spain, in Arratia-Nerbioi, Busturialdea, Durangaldea, Enkarterri, Greater Bilbao, Lea Artibai, and Uribe-Kosta.

Apple is also collecting data in new areas in England, France, Italy, and multiple U.S. states during the months of July and August, but Apple Maps vehicles have been seen in these countries in the past. Data collection in Vermont, Rhode Island, and New Hampshire in the United States may be new, however.

According to Apple's support page, the information collected by the mapping vehicles will be used to improve Apple Maps, but just what Apple plans to do with the data remains unclear.

Because Apple promises to blur faces and license plates ahead of publication, there's been speculation that the company is working on a "Street View" addition to Apple Maps to mirror Google Maps, but it's also possible that the imagery is being used to bolster the autonomous driving software that's in development at Cupertino headquarters, as was recently proposed by analyst Neil Cybart.

Over the course of the last two years, Apple's mapping vehicles have surveyed more than 30 U.S. states and several countries including England, Ireland, Italy, France, and Sweden.

elgrecomac
Having just returned from Spain using Google maps extensively, Apple has a long way to go. We were in big cities and in small villages and Google maps were spot on ....
We were staying in a village of no more than 300 people and every alley and small street was accurately mapped. Our hotel would have been extremely difficult to find without it.
Like I said Apple has a long way to go to make me a convert as I come from a group that remembers "Apple Maps bad"!
Score: 11 Votes (Like | Disagree)

Having just returned from Spain using Google maps extensively, Apple has a long way to go. We were in big cities and in small villages and Google maps were spot on ....
We were staying in a village of no more than 300 people and every alley and small street was accurately mapped. Our hotel would have been extremely difficult to find without it.
Like I said Apple has a long way to go to make me a convert as I come from a group that remembers "Apple Maps bad"!

So you used Google Maps, good for you.

But where's the control group? Who compared your Google directions to Apple's? From your post, nobody.

Don't know about Spain, but here in Italy Apple Maps is all I use after some massive Google Maps fails (one time it brought me in the middle of nowhere in the country of Parma, and voice started to stutter like Max Headroom. Never again).
Score: 7 Votes (Like | Disagree)

jonnyb
England? Or the UK?
Score: 5 Votes (Like | Disagree)

When is Apple going to provide "StreetView" like GoogleMaps?

Ever hear of FLYOVERS?

me either! lol - remember those Apple Apologists that defended flyovers as being sooooo useful and BETTER than street view?! 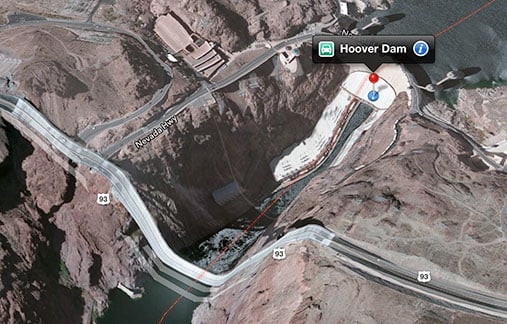 dannyyankou
Whatever Apple does with this data, I hope they take their time. Apple Maps was rushed in the first place and should’ve never happened.
Score: 3 Votes (Like | Disagree)

mrr
When is Apple going to provide "StreetView" like GoogleMaps?
Score: 3 Votes (Like | Disagree)
Read All Comments