Apple today seeded the third beta of an upcoming iOS 10.3.3 update to developers, two weeks after seeding the second beta and a month after the release of iOS 10.3.2, a minor bug fix update.

Registered developers can download the third iOS 10.3.3 beta from the Apple Developer Center or over-the-air with the proper configuration profile installed. 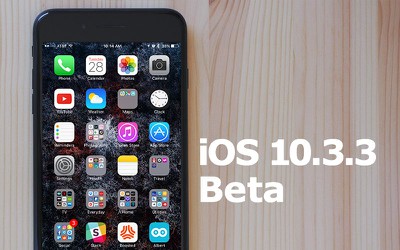 No significant features or notable bug fixes were found in the first two betas, suggesting iOS 10.3.3 is an update that's minor in scale and designed to introduce security improvements and bug fixes. It does, however, include new wallpapers for the 12.9-inch iPad Pro.

iOS 10.3.3 is likely to be one of the last updates to iOS 10 as Apple starts shifting its full focus to iOS 11. The first beta of iOS 11 was released to developers on June 5 following Apple's Worldwide Developers Conference keynote.

Update: The third beta of iOS 10.3.3 is also available for public beta testers.

MrGimper
Annoying, was hoping for 11 beta 2
Score: 16 Votes (Like | Disagree)

alexgowers
I love how some of the most stable and secure releases like this get totally ignored for buggy new software with a few features people haven't even tried! There are still plenty of iOS10 bugs that just never got fixed too.
Score: 6 Votes (Like | Disagree)

lol everyone forgot this actually exist.

Annoying, was hoping for 11 beta 2

This is not the beta you were looking for. /waves hand

Installing on my iPad Pro (since 11 likes to make bootloops) and SE (since it will never see 11).
Score: 2 Votes (Like | Disagree)
Read All Comments