Apple today seeded the second beta of an upcoming iOS 10.3.3 update to developers, two weeks after seeding the first beta and a little over two weeks following the release of iOS 10.3.2, a minor bug fix update.

Registered developers can download iOS 10.3.3 beta 2 from the Apple Developer Center or over-the-air with the proper configuration profile is installed.

No significant features or notable bug fixes were found in the first beta, suggesting iOS 10.3.3, like iOS 10.3.2, is an update that's minor in scale and designed to introduce security improvements and address bugs. It does introduce new wallpapers for the 12.9-inch iPad Pro, though.

iOS 10.3.3 could be one of the last updates to iOS 10, as Apple is beginning to shift its focus to iOS 11. iOS 11 will make its debut at the upcoming Worldwide Developers Conference, which kicks off on June 5. iOS 11 will be in testing for several months before seeing a fall public release.

Nobody's going to test this, iOS 11 beta 1 should be released next week.

Clearly not a developer. We will be testing this, as our users will be on iOS 10 until late September.
Score: 10 Votes (Like | Disagree)

xflashx
Makes me only more excited for iOS 11 next monday :)
Score: 7 Votes (Like | Disagree)

ErikGrim
Amazing how people read "indoor maps" and think "my own house" instead of "stadiums, shopping malls, airports etc."

Look, here's one that exist already: 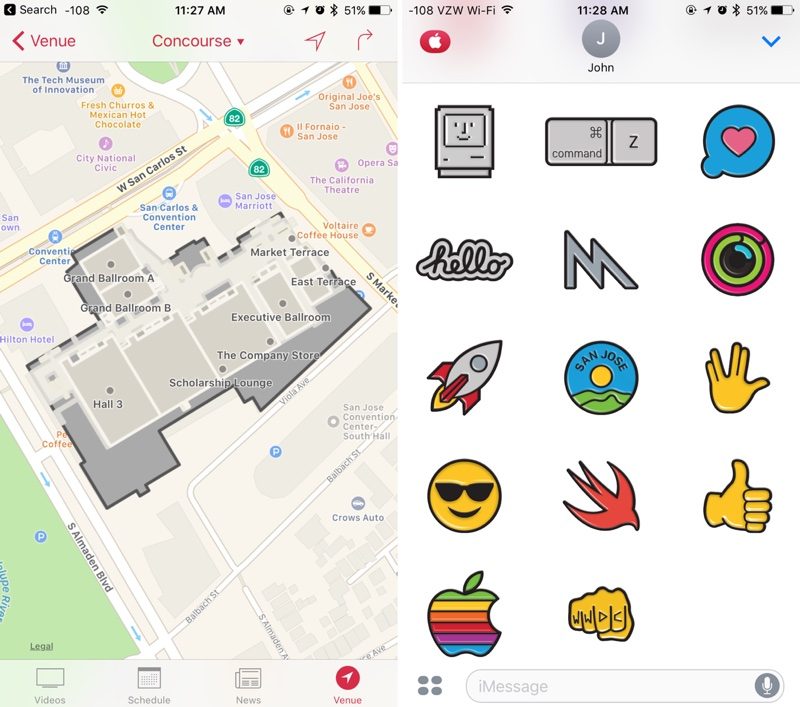 Nobody's going to test this, iOS 11 beta 1 should be released next week.

Developers will. They need to make sure their apps run well on this when it gets released to the public.
Score: 6 Votes (Like | Disagree)

IOS 11 hopefully will have Dark mode and Indoor Maps.

Saturday April 17, 2021 4:43 am PDT by Sami Fathi
Reliable leaker known as l0vetodream has hinted that Apple may debut its rumored redesigned and colorful iMac at its "Spring Loaded" event on Tuesday, April 20. In a tweet, the leaker posted an image of Apple's logo used for marketing the upcoming event and an image of the retro rainbow Apple logo alongside the colorful lineup of G3 iMacs. Apple leaker Jon Prosser previously reported that...
Read Full Article • 297 comments

Monday April 19, 2021 6:37 am PDT by Hartley Charlton
Apple is planning to launch a new entry-level iPad, iPad mini, and iPad Pro at its "Spring Loaded" event tomorrow, along with "a few surprises," according to Wedbush analysts. In a new note to investors, seen by MacRumors, Wedbush analysts Daniel Ives and Strecker Backe explained that the iPad will be the main focus of Apple's "Spring Loaded" event, with new entry-level iPad, iPad mini, and ...
Read Full Article • 185 comments

Friday April 16, 2021 6:13 am PDT by Hartley Charlton
A video purporting to be of the third-generation Apple Pencil has today been shared online, showing a glossy finish that mirrors previous leaks. New ✏️ ready to 🚢 #AppleEvent @TommyBo50387266 pic.twitter.com/s4RCDwDi5M— 漢尼斯·拉斯納 🇨🇳 (@ileakeer) April 16, 2021 The brief video from Twitter account @ileakeer, spotted by 9to5Mac, shows an Apple Pencil with a glossy finish much like the...
Read Full Article • 61 comments

Monday April 19, 2021 11:30 am PDT by Juli Clover
The upcoming 12.9-inch iPad Pro will be thicker than the previous-generation version, likely due to the inclusion of the mini-LED display. We've heard several rumors about the change in thickness, and now leaked design images have confirmed it. A source that designs accessories for Apple devices sent MacRumors a series of photos that feature exact dimensions for the new iPad Pro models, and...
Read Full Article • 239 comments

Monday April 19, 2021 7:51 am PDT by Sami Fathi
Following the removal of the app in January, Apple will now allow the social media app Parler to return to the App Store following changes to how the social media network moderates content, CNN reports. On April 14, in a letter to Sen. Mike Lee and Rep. Ken Buck obtained by CNN, Apple said that the app has improved the way it moderates content, and says those changes are "sufficient" for it...
Read Full Article • 270 comments

Friday April 16, 2021 10:01 am PDT by Juli Clover
The two higher-end "iPhone 13 Pro" models that are coming in 2021 are expected to use LTPO display technology to enable 120Hz refresh rates, according to display analyst Ross Young. Young reaffirmed the detail in a tweet that said he'd heard rumors about only one model featuring LTPO, which he says is inaccurate. Heard some rumors in the industry and media that there would only be one ...
Read Full Article • 102 comments