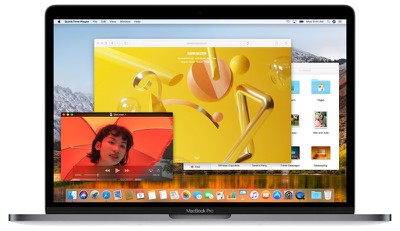 Specifically, the new 15-inch MacBook Pro configured with a 2.9GHz Core i7 processor has average single-core and multi-core scores of 4,632 and 15,747 respectively based on nearly a dozen Geekbench 4 results so far.

By comparison, last year's 15-inch MacBook Pro configured with a sixth-generation 2.7GHz Core i7 processor, which was the equivalent high-end stock configuration, has average single-core and multi-core scores of 4,098 and 13,155 respectively based on over 4,800 Geekbench 4 results.

krfr
I'm so glad I bought mine six months ago when it previously took them three years to update.... what a slap in the face...
Score: 35 Votes (Like | Disagree)

I'm so glad I bought mine six months ago when it previously took them three years to update.... what a slap in the face...

But there's no way of you knowing or anyone else knowing when the next model was going to be updated. It's not a slap in the face at all. You still have an amazing machine.
Score: 34 Votes (Like | Disagree)

I'm so glad I bought mine six months ago when it previously took them three years to update.... what a slap in the face...