Apple on Monday announced macOS High Sierra, the next major version of its operating system for Mac computers. 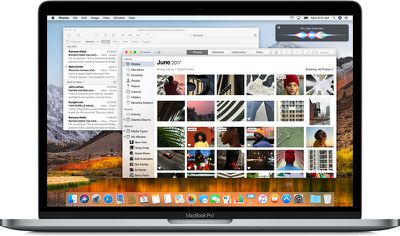 macOS High Sierra is compatible with any Mac capable of running macOS Sierra, as Apple has not dropped support for any older models this year.

To determine your Mac's model year, click on the Apple logo in the top-left menu bar and select About This Mac.

The first macOS High Sierra beta was released to registered Apple developers on Monday. A public beta will be available in late June through the Apple Beta Software Program. The software update will be officially released in the fall.

SkippyThorson
Impressive level of backwards compatibility these days. Perhaps the best part about current-Apple, and I mean that in a good way.
Score: 22 Votes (Like | Disagree)

Gamer9430
Does anyone know the Metal 2 compatible GPUs? I can't seem to find it anywhere
Score: 6 Votes (Like | Disagree)

Impressive level of backwards compatibility these days. Perhaps the best part about current-Apple, and I mean that in a good way.

Both systems were purchased in 2004. Both had 2 GB of RAM. And both are extremely responsive and feel fast while running Windows 10.

So I'd say Microsoft is still the lead in backwards compatibility.

I do like my Macs. But Apple does artificially cut off system support quite often (as illustrated by Sierra and El Capitan running on unsupported systems by editing the permitted systems list in the installer files).
Score: 5 Votes (Like | Disagree)

Supermacguy
Sounds like all the Mac Pro 4,1 owners who have flashed to 5,1 will still be able to run it <thumbs up>
Score: 5 Votes (Like | Disagree)

Narrator Jack
All 64-bit Macs should be compatible, but they're not.
Score: 4 Votes (Like | Disagree)

skadd
I'm on a mid 2010 27" iMac. I think it's amazing that they still support it with updates after almost 7 years.
Score: 4 Votes (Like | Disagree)
Read All Comments