Apple today seeded the fifth beta of an upcoming iOS 10.3.2 update to developers, just a few days after seeding the fourth iOS 10.3.2 beta and a little over a month after introducing iOS 10.3, which included features like a new Find My AirPods feature and Apple File System. Apple also released a minor iOS 10.3.1 update in early April, which focused on security improvements.

Registered developers can download the fifth iOS 10.3.2 beta from the Apple Developer Center or over-the-air with the proper configuration profile installed.

Apple doesn't provide detailed release notes for its beta updates, so we don't yet know what features, improvements, or bug fixes might be coming in iOS 10.3.2, aside from some fixes for SiriKit car commands that were outlined in the release notes for the first beta.

As a minor 10.x.x update, we can expect iOS 10.3.2 to offer bug fixes and performance improvements rather than outward-facing features. No notable changes were found in the first four betas, but if anything new is found in the fifth iOS 10.3.2 beta, we'll update this post.

jclo
Before anyone asks, here's the wallpaper: http://imgur.com/a/FVW7b
Score: 41 Votes (Like | Disagree)

Will this finally repair the inability to remove cookies from iPad and iPhone? 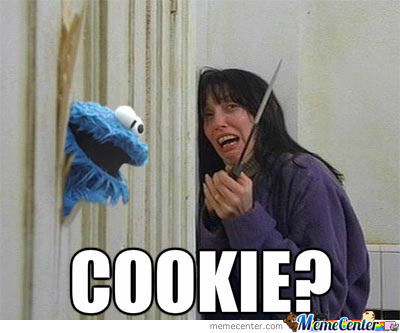 xflashx
Well, I did not see this coming...
Score: 4 Votes (Like | Disagree)

Boy, you'd think they're releasing major features with this one. The saga continues

I think they are trying to iron all the bugs out, almost over kill because this IOS update will most likely be the last for a great many devices. IOS 11 going all 64bit won't be compatible.

-Update- This fixed the date coding issue (in mail) and exchange mail issue. Haven't tested anything else yet, need my other mac which is at home.. didn't think an update was coming today. Ah well, most fun this evening for me. :)
Score: 4 Votes (Like | Disagree)

Before anyone asks, here's the wallpaper: http://imgur.com/a/FVW7b

This made me laugh. First thought when I saw the image.
Score: 3 Votes (Like | Disagree)
Read All Comments

Monday February 22, 2021 8:52 pm PST by Joe Rossignol
Apple plans to release two new MacBook Pro models equipped with an HDMI port and SD card reader in the second half of 2021, according to analyst Ming-Chi Kuo, who outlined his expectations in a research note obtained by MacRumors. The return of an SD card reader was first reported by Bloomberg's Mark Gurman last month. "We predict that Apple's two new MacBook Pro models in 2H21 will have...
Read Full Article • 521 comments

Tuesday February 23, 2021 7:07 am PST by Hartley Charlton
Over the past week, some M1 Mac users have been reporting alarming SSD health readings, suggesting that these devices are writing extraordinary amounts of data to their drives (via iMore). Across Twitter and the MacRumors forums, users are reporting that M1 Macs are experiencing extremely high drive writes over a short space of time. In what appear to be the most severe cases, M1 Macs are sai...
Read Full Article • 657 comments

Thursday February 25, 2021 7:48 am PST by Joe Rossignol
Apple plans to unveil new 14-inch and 16-inch MacBook Pro models with Mini-LED-backlit displays in the second half of this year, according to industry sources cited by Taiwanese supply chain publication DigiTimes. The report claims that Radiant Opto-Electronics will be the exclusive supplier of the Mini-LED backlight units, while Quanta Computer is said to be tasked with final assembly of the...
Read Full Article • 192 comments