Sonos today announced the PLAYBASE, its newest speaker designed for home theater sound systems. According to Sonos, the PLAYBASE is a thin, powerful speaker that sits under a television set to offer enhanced sound for TV shows, music, and movies.

The PLAYBASE measures in at just 58mm tall, but it includes 10 drivers (six mid-range, three tweeters, and one woofer) for what Sonos says is great sound. Design wise, it's meant to meld into a home's decor, with a polycarbonate body that features clean lines, no visible seams, and 43,000 holes for a transparent grill. 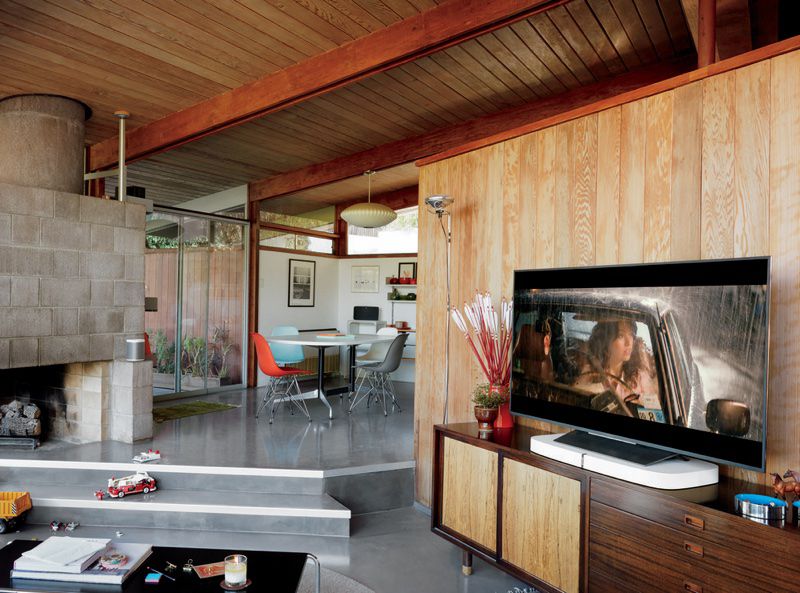 "We have built a product that can not only handle the complexities of home theater - delivering open and natural sound, clear dialogue, and immersive bass that fills the room - but also fits perfectly in any home environment," said Giles Martin, Sound Experience Leader at Sonos. "The challenge with PLAYBASE was upholding the desire for it to be beautiful from all angles without compromising any of our design, acoustics or engineering principles. We were obsessive in our approach and decisions, resisting every urge to pack anything in here that wasn't needed, and custom built everything else to find the perfect fit - it's our thinnest, most beautiful speaker yet."

PLAYBASE is specifically meant to be used with TVs that sit on furniture rather than those that are wall mounted. It includes two cords and connects to other Sonos speakers for a whole house sound solution. Like all Sonos products, it can be used with more than 80 music services.

Sonos will begin selling the PLAYBASE on April 4, 2017. It will be priced at $699 and it will be available in black or white to match any home decor. Existing Sonos owners will be able to pre-order the PLAYBASE starting today.

Marshall73
That's horrific. If you had the cash to splash on that I would assume you would have a decent TV so why would you want to spoil the look of the TV by putting that under it?

Meld into the decor???? Just look at their example pic, it stands out by miles and matches nothing, plus, loads of holes = dust trap.
Rating: 4 Votes


Agreed. I think HDMI is far more consistent with higher quality audio than optical. And most home theatres/Sound bar should offer both optical and HDMI.
Rating: 4 Votes

canadianreader
Horrible design something like that should melt into the decor even Ikea does better in its catalog.
Rating: 4 Votes

selfsilent
OK, so it has an optical in but no HDMI in.

The AppleTV 4 has HDMI out but no optical out.

Anyone else see an issue? It's like Sonos are working against Apple most of the time.
Rating: 3 Votes

sidewinder3000
I keep wanting to love Sonos, to finally take the plunge and "go all in". But my current setup of an Apple TV hooked up to my A/V system and 5.1 speakers does everything I need in my loft. And this addition to their lineup, which I was kind of anticipating, does nothing to change my mind. In addition to not having HDMI, it is butt ugly and wayyyy too light colored to be near my TV. There's a reason TV's are black—the focus should be onscreen. Anything that takes away from that is bad design.
Rating: 3 Votes

I keep wanting to love Sonos, to finally take the plunge and "go all in". But my current setup of an Apple TV hooked up to my A/V system and 5.1 speakers does everything I need in my loft. And this addition to their lineup, which I was kind of anticipating, does nothing to change my mind. In addition to not having HDMI, it is butt ugly and wayyyy too light colored to be near my TV. There's a reason TV's are black—the focus should be onscreen. Anything that takes away from that is bad design.

Optical out of my TV into sound bar/shelf. Never had an issue with anything I throw at it. OTA antenna, Roku, computer. Really doubt it will matter for a soundbar.

Quick Google says HDMI supports hifi, loseless audio such as TrueHD and DTS-HD Master where optical can't. Like I said, it's a soundbar, I wouldn't expect amazing results. I don't think people buy them looking for a true surround sound experience. I just wanted front facing speakers so I could hear the audio vs built ins firing into the wall and the sound bouncing off that.


I bought my 2016 Vizio sound bar with rear speakers looking for a true surround sound experience and I got it, although there is an odd quirk of dialogue coming out of all three front channels. Other than that minor annoyance, I find the sound quality for the price impressive and replacing my messy spaghetti cable setup of a traditional receiver + 5.1 speaker system a big plus.

In addition, several companies including Bose, Denon, Definitive Tech, Panasonic, Sony, LG, Samsung, and Philips have already all released impressive sound bar surround sound systems, all with HDMI-Arc support. LG and Samsung are even going one step further including Dolby atmos support within the sound bar itself so I think sound bar quality has come a long ways since their introduction. I was never a believer of sound bars myself until I read the reviews of the Vizio system and got it for myself.

I don't see myself ever going back to a traditional receiver surround sound system so Sonos' lack of HDMI is an immediate deal breaker for me.
Rating: 2 Votes

No HDMI.
No mic for use with virtual assistants.

I have a playbar, play 1 and play 5 - there is a lot to love and a lot to hate about the system. For $700 they should include HDMI and a mic to talk to Siri/Alexa
Rating: 1 Votes
[ Read All Comments ]