Microsoft Follows Apple By Hiking Price of Surface Book Laptops in the U.K.

Microsoft has increased the price of its Surface Book laptops in the United Kingdom, following the impact of the country's decision to leave the European Union on the pound sterling (via TechCrunch).

Previously, the company had limited its cost adjustments to enterprise products, but the significant drop in the strength of the pound since the E.U. referendum last June has now seen Microsoft follow Apple's lead and hike the prices of its consumer laptops.

The price changes, which came into effect today, only affect products and services purchased by individuals, or organizations without volume licensing contracts.

"In response to a recent review we are adjusting the British pound prices of some of our hardware and consumer software in order to align to market dynamics," said a Microsoft spokeswoman.

Back in October, Apple raised sterling prices for its entire Mac line-up by around 25 percent. The cost of a 2015 13-inch MacBook Pro went from £999 to £1,249 overnight, despite being superseded by a brand new model starting at £1,449. Similar price increases were seen across aging Mac mini, iMac, and Mac Pro lines, while just last month, Apple also increased the price of iOS apps by the same percentage.

Microsoft has repeatedly positioned the Surface Book as an alternative laptop for newcomers and unsatisfied MacBook owners, with time-limited "trade-up" offers for disillusioned Mac owners and TV ads describing capabilities of the Surface Book as things a Mac "just can't do".

JaySoul
...and we haven't even left the EU yet.

The pain is only beginning.
Score: 12 Votes (Like | Disagree)

The pain is only beginning.

And the EU is not going to let us leave easy and rightfully so.
Score: 7 Votes (Like | Disagree)

...but anybody with investments in the stock market and a half-decent financial planner has been doing very nicely: as sterling falls, the sterling value of US/Internationally traded companies goes up, and the uncertainty is doing wonders for gold/mining prices...

So, yeah, vote Brexit and strike a blow for ordinary people against the elite establishment (said a bunch of ex-stockbrokers and wealthy right-wing politicians who think "ordinary people" are those with portfolios of less than £10m).

You've just reminded me of the one good thing the weaker £ has brought me, a slight boost in foreign share holdings. Thanks. Every cloud and all that...

Ah, all this I knew. You sold me "boom". These are revisions upward.

As I said, price gouging... if you look at the last reports, the pound had its strongest January against the dollar since 2011 this year, and yet all the prices are going up... :rolleyes:

Since the vote the pound has nose dived, simple facts. I and others have posted the graphs. Yet you're talking about January. January is a step up, Brexit caused a fall down a whole flight of stairs.

I imagine if you had a US company that dealt in the UK you would've just absorbed the 15-25% increased cost of dealing in sterling. :rolleyes:

The best example is Apples App Store, it's now increased its pricing so 1 pound equals 1 dollar, even though the pound is worth more. And how does that work out anyway because it's not like they import apps into the UK......

1 dollar plus tax, which varies depending on state. Whereas the pound figure includes VAT of 20%. 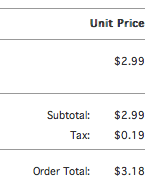 These are basic mistakes that lots of people make when comparing UK to US prices.

Well considering none of the doom and gloom predicted by financial experts has happened, I'll believe my facts thank you, considering it was all over the national press.

The doom and gloom has already set in for me. And like I said earlier there's very little I can see changing that. But I hope things do improve.

Oh an we're still in the EU at the moment.
Score: 4 Votes (Like | Disagree)

Overpriced for you maybe. Some will see some value you can't see. Also you example is poor, it loses on build quality, materials and support. Not exactly apples to apples comparison.
Score: 4 Votes (Like | Disagree)

That's a 15W CPU, so it compares to the MacBook Escape. To make them somewhat comparable, I set the Mac to the 2.4GHz dual-core Intel Core i7 processor and 16GB 1866MHz memory options, bringing it to $1999.

So, it's quite comparable. Not sure where you're getting "$1000 less" from, and surely we're not seriously comparing refurb products with new ones?
Score: 3 Votes (Like | Disagree)
Read All Comments