As is traditional for Apple, the company took down its regional online stores globally yesterday in anticipation of the new 13-inch and 15-inch MacBook Pros. But far from simply updating the sites to showcase the new computers, on its U.K. site at least, Apple took the opportunity to hike its Mac prices across the board.

As noted following yesterday's event, rather than position the new MacBook Pro notebooks at the same price point as their earlier generation equivalents, Apple has made them more expensive. But for U.K. customers, that excess is vastly more prohibitive. 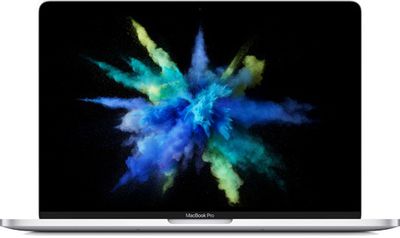 Looking past Apple's self-imposed MacBook Pro price increases, the equivalent U.K. prices actually fall in line with exchange conversions plus 20 percent Value Added Tax. However, the numbers also reflect the weak pound, which has plummeted since the U.K. made the decision to leave the European Union.

Unfortunately as a result, Apple has also bumped its Sterling Pound prices for its entire Mac line-up. For example, last year a 13-inch MacBook Pro started at £999. Apple is still selling the older 13-inch MacBook Pro, except it now costs £1,249 – a £250 increase compared to two days ago.

On the other hand, the low value of the pound means EU citizens visiting the U.K. who are interested in buying Apple hardware could make some serious savings.

For example, as noted by discount and coupon site CupoNation, since the current price for an iPhone in Spain is 769 euros (£687), purchasing the phone in the UK (£599), is about 99 euros or 13 percent cheaper than in Spain. This means that in theory a Spanish citizen could utilize the 99 euros (£88) to take a flight to London and stay one night, and still be saving money.

apjuk
If I cast my mind back to when the pound was much stronger against the dollar, in 2006-2008 it was around $1.90/2.00 to £1, Apple's prices didn't come down then to reflect the exchange rate! Yet when it goes the other way, they raise their prices...a lot! Apple wins every time!

As someone who works in Higher Education in the UK, I have noticed small changes to pricing over the past year, firstly the loss of the Higher Education discount and 3 year warranty via Apple (you now have to go through a 3rd party for this) and the loss of cashback via various cashback sites. Apple have been penny pinching for a while (goodness knows they are hard up for cash just now!) and this will come back to bite them where it hurts - education is a huge market and no one will be able to afford or justify these vastly infalted prices across the Mac range!
Score: 39 Votes (Like | Disagree)

Max Portakabin
If only they were so quick to adjust when exchange rates go the other way.
Score: 35 Votes (Like | Disagree)

JaySoul
Excuses. This is absolute profiteering from Apple.
Score: 35 Votes (Like | Disagree)

Every time Theresa May opens her mouth, the £ takes another tumble :mad:
Score: 26 Votes (Like | Disagree)

For years Brits and their Yellow Press talked down the Euro and the City might have done even more, naming other countries PIGS and what not. And when they started to believe their own lies about the continent they are part of, they voted themselves out of the EU and isolated their little island from trade with their closest neighbors. I'm not sympathetic with Mac customers in Britain at all, they had it coming and here it comes.

Not all of us voted out but thanks for the kind words.
Score: 25 Votes (Like | Disagree)
Read All Comments