Apple has agreed to a deal with the government of Indian state Karnataka to begin manufacturing iPhones in Bangalore, reports The Times of India. The Karnataka government announced that it had approved Apple's proposal to "commence initial manufacturing operations" in a press release.

Apple's desire to open a manufacturing hub in India started after Prime Minister Narendra Modi began promoting his "Made in India" initiative. Apple manufacturing partner Wistron will make the iPhones in a new plant, reportedly beginning with the iPhone 8.

Over the past couple of months, Apple and Indian officials began narrowing down possibilities to manufacture products locally. Last month, Apple finally chose a Karnataka-based facility over competing bids from other Indian states Gujarat, Maharashtra and Telangana. During negotiations, Apple was said to be seeking a number of tax and other incentives, including the possibility of long-term duty exemptions.

The government said it's in discussions with Apple for other potential collaborations, but declined to say what they could be. The move is a major step for Apple as it looks to solidify its footing in the subcontinent so it can access India's customer base.

I wonder how many here will complain about India's protectionist policies?

I wonder how many here have the slightest idea what that means. :D
Score: 7 Votes (Like | Disagree)

This is mostly interesting because of the fairly extreme manufacturing processes involved in building an iPhone. I'm not an expert, but it does not seem to be a product you can just crank out easily on an existing line. It seems like the outlay to build/set up the factory would be huge, and would take quite a while to ramp up.

Maybe if all the parts are from suppliers elsewhere and they're just assembling in India it's not as much expense and overhead to tool out the factory? Or maybe it's really not as hard as I'm imagining and/or there's already a lot of infrastructure in place.

Either way, it seems like Apple must be expecting to sell a huge number of devices or it wouldn't be worth the investment.

I imagine from a supply chain perspective, if the product is of identical quality and the cost of production is comparable, the more companies and locations making your stuff the better. Lets you pit manufacturers against each other, and gives you backup options if your main partner has problems for whatever reason.

Foxconn and Pegatron are primarily just assemblers. Most of the products come from around the world. That's why it is feasible to return some manufacturing to USA where it would be a huge boost for engineering jobs, even if highly automated. Here's a fairly recent list, and people may be surprised how many parts are made in USA or made by US companies, but outsourced for production.

Where are Apple products made: Which companies make the iPhone - and where?

Offshore programmers are mostly used for inexpensive coding of projects designed in the US. (If an offshore programmer is really good, they're often imported to the US where they can engage in advanced research.)

I worked with offshore teams and there are some really good programmers. Trust me there is nothing like inexpensive coding. Weak link in the architecture or code will be a disaster. Every line of code needs attention to detail for longterm reliability and scalability. Not many people who are really good can be imported to US which is reason we have offshore development centers.

India(Generally offshoring happens to India) produces 1.5 Million graduates per year in Science & Technology and that is large pool of talent for the companies. Companies can really choose some brightest brains from that pool and it is impossible to bring all that talent to US due to various limitations.

I have taken India as an example because I don't think there is another country in world which produces more than 1.5 million graduates per year in science and technology and that is one of the reasons most of the companies have their R&D centers in India. Yes they do advanced research and also build many advanced applications.
Score: 5 Votes (Like | Disagree)

India and innovation are words that seldom go together.

Cheap to borrow, sure. Innovative, nah. If they were innovative there wouldn't be dead bodies floating down the Ganges.

You're ignorance proves my point. :) Let people like you keep thinking that and then one day in 20 years when you look at all the innovation coming out of india and the lack there of from America people will like you will regret being ignorant.

By your point...Have you heard of the violence in Chicago? There are dead bodies on the streets. You can get shot at while just driving down the highway..
Score: 5 Votes (Like | Disagree)

Jim Lahey
Some people (some Americans) appear to believe that everywhere else is either third world or inferior in some other way. As if Indians would struggle to put iPhones together whereas Americans are all educated craftsmen and engineers. Lol.
Score: 5 Votes (Like | Disagree)


Apple has agreed to a deal with the government of Indian state Karnataka to begin manufacturing iPhones in Bangalore, reports ('http://timesofindia.indiatimes.com/business/india-business/its-official-apple-will-make-iphones-in-india-at-bengaluru-facility/articleshow/56944302.cms') The Times of India. The Karnataka government announced that it had approved Apple's proposal to "commence initial manufacturing operations" in a press release. 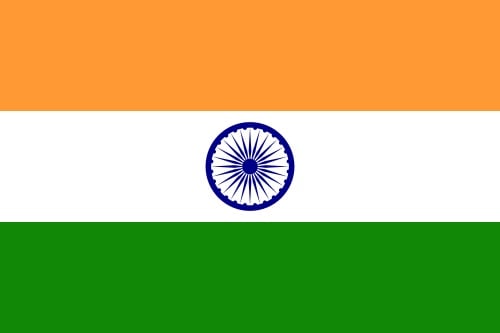 Apple's desire to open a manufacturing hub in India started after Prime Minister Narendra Modi began promoting ('https://www.macrumors.com/2016/12/20/apple-talks-india-manufacture-locally/') his "Made in India" initiative. Apple manufacturing partner Wistron will make the iPhones in a new plant, reportedly ('https://www.macrumors.com/2017/01/23/apple-wistron-india-supplier-iphone/') beginning with the iPhone 8.

Over the past couple of months, Apple and Indian officials began narrowing down ('https://www.macrumors.com/2017/01/09/apple-executives-visit-india-manufacturing-iphones/') possibilities to manufacture products locally. Last month, Apple finally chose a Karnataka-based facility over competing bids from other Indian states Gujarat, Maharashtra and Telangana. During negotiations, Apple was said to be seeking ('https://www.macrumors.com/2017/01/25/apple-constructive-meeting-india-manufacturing/') a number of tax and other incentives, including the possibility of long-term duty exemptions.

The government said it's in discussions with Apple for other potential collaborations, but declined to say what they could be. The move is a major step for Apple as it looks to solidify its footing in the subcontinent so it can access India's customer base.

[doublepost=1486109831][/doublepost]I understand people are skeptical about quality of iphones made in India. As someone else had pointed out in the comments section All the parts will be sourced from the current manufacturers. And would be assembled in India. Once when nokia was at its peak, nokia's facility in Chennai was globally the largest maker of phones with nearly 15mn phones shipping out per month. And similarly most parts were sourced from outside. I think Apple could make a fortune assembling in India. Quality compromise is a false stereotype associated to India. And certainly apple wouldn't choose to make compromised products.
Score: 4 Votes (Like | Disagree)
Read All Comments