While the LG UltraFine 5K Display went on sale earlier this week, it was actually the second time it became available for purchase. Apple very briefly accepted orders for the display in late November, possibly by mistake, and some lucky customers who bought one received six to eight week shipping estimates.

Apple emailed some of those first-wave customers earlier this week to let them know their order would be shipping sooner than expected, typically with an expected delivery date of December 28 to December 29. But, in the United Kingdom at least, at least a few lucky customers received their displays today. 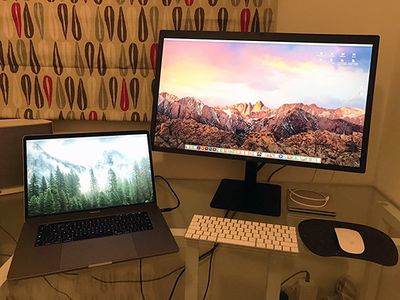 LG UltraFine 5K Display delivered to a lucky customer in the United Kingdom
"I ordered literally within seconds of them going on sale, with estimated delivery of December 28-30," said MacRumors forum member Stealth66, who ordered two LG UltraFine 5K displays. "I received a shipping email out of the blue yesterday afternoon, and they were delivered today by UK Mail."

"I've used Apple's Thunderbolt Displays for a few years and I must say these LG 5Ks are awesome," he added. "Very bright, incredibly sharp, and worked flawlessly out of the box, just like an Apple product! It works fine with the Belkin Ethernet adapter plugged into the back of the display."

The forum member noted the Thunderbolt 3 cable included in the box with one of the displays was defective, prompting him to make a Genius Bar appointment to obtain a replacement cable.

"I've spent a couple of hours setting it all up and have to say the display itself is stunning," said iBrooker. "However, I'm still a bit peed that there is no headphone out—so I will have to waste one USB-C port for that. I am not fussed on the built in speakers, and didn't really want/need a camera."

LG's UltraFine 5K Display, designed in partnership with Apple, connects to the new 15-inch MacBook Pro with a single Thunderbolt 3 cable, which provides up to 85W of power to charge the notebook. The 27-inch IPS LED display has peak brightness of 500 nits and a wide DCI-P3 color gamut for more accurate and vivid colors.

The display has an adjustable and removable stand with VESA mount, built-in camera, microphone, stereo speakers, and three downstream USB-C ports at 5 Gbps speeds. It has a 60Hz refresh rate and 217 PPI. The display can be purchased from Apple for $974 until March 31, when it increases to $1,299.95.

The majority of orders placed in late November should begin arriving to customers in the United States and elsewhere next week. Orders placed this week were initially estimated to ship in as few as 3-5 business days, but orders quickly became backlogged and shipping estimates slipped to 2-4 weeks.

For those still looking into purchasing a 4K or 5K display, be sure to consider the smaller LG UltraFine 4K Display or other USB-C displays available.

pjny
What a bunch of spoilt brats who complain about every apple product. ten years ago a 5k monitor for under $1k would be unimaginable. now people are complaining about the bezel and how Apple's moves "effects me professionally".

if you can't get work done with this level of gear you are like a carpenter who blames his tools.

Yes, now sure how this passes by management. Do we Apple users live in a different perceptual universe with unrealistic standards?

I'm surprised Apple didn't leverage a bit better design out of LG given the collaboration on the unit.
Score: 23 Votes (Like | Disagree)

I'm surprised Apple didn't leverage a bit better design out of LG given the collaboration on the unit.

Apple is a big bubble... no one in there cares about anything any more. They just want to suck the money out of Steve Jobs legacy. Tim Cook is a huge fraud.
Score: 23 Votes (Like | Disagree)

What a bunch of spoilt brats who complain about every apple product. ten years ago a 5k monitor for under $1k would be unimaginable. now people are complaining about the bezel and how Apple's moves "effects me professionally".

if you can't get work done with this level of gear you are like a carpenter who blames his tools.

No one says you can't get work done, it is just ugly.

THIS is what Apple displays looked 10 years ago. How come the ones that we have to use now look ten times uglier? 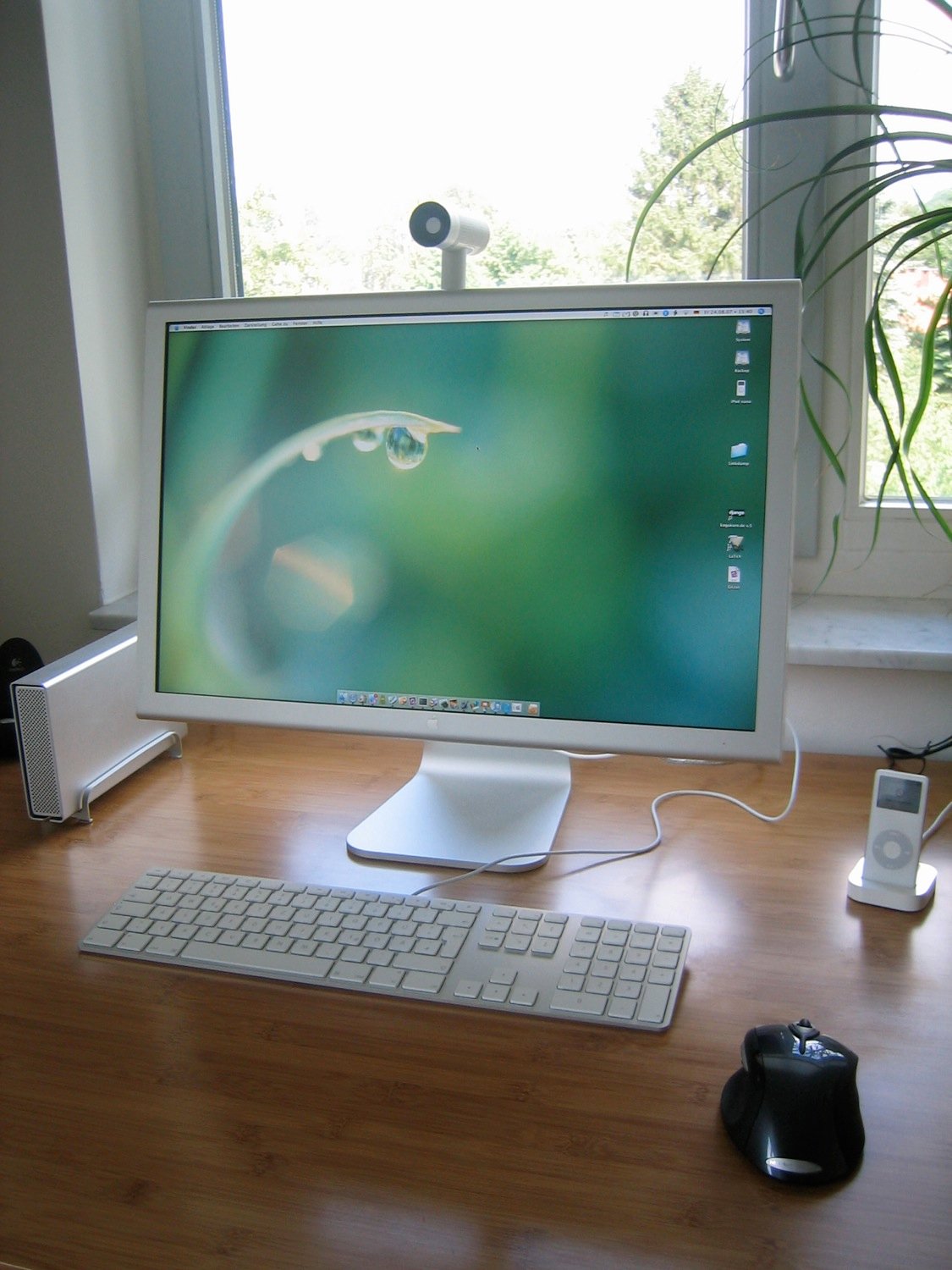 chriscrowlee
It definitely lacks the Apple-esque aesthetics. But it's all that's out there now I guess.

Apple no longer wants to be an iconic brand on a desktop. No glowing Apple, no Apple display... pretty soon you won't know if it's a Mac even.
Score: 9 Votes (Like | Disagree)
Read All Comments