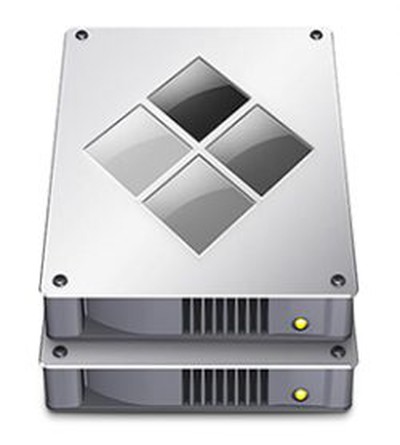 One of the biggest questions about the Touch Bar on Apple's new MacBook Pro is how it will work with Windows through Boot Camp. That led MacRumors reader Abraham to send an email to Apple's software engineering chief Craig Federighi, who shared good news for dual-booters.

Question from Abraham: Craig, am I correct in assuming that the Touch Bar becomes a row of visual function keys when using Windows with Boot Camp?

Federighi's answer: You are indeed!

Presumably, this means the Touch Bar will likely display virtual function keys between F1-F12, along with an Escape key, when running Windows. It remains to be seen if there will be specific controls for system-level tasks such as volume, playback, and display brightness. Meanwhile, the virtual power button should work, but without Touch ID.

MacRumors cannot fully confirm the authenticity of the email, but it does appear to be sent by Federighi through Apple's corporate servers based on full headers we saw. Apple executives occasionally respond to customer emails, or it is possible the response was handled by Apple's executive relations or public relations teams.

Boot Camp is an Apple utility that enables users to partition their SSDs or hard drives and install Windows directly on a Mac, allowing for macOS and Windows to be run side by side. It differs from virtualization software like Parallels and VMware Fusion, which allows Windows to run as a desktop app within macOS itself.

Benjamin Frost
So much fragmentation.

If you are a Pro, you are likely to do most of your work on a desktop. Yet if you buy this new MacBook Pro, you will now have a different method of working. Why bother to learn an entirely different method, if you are are swapping back and forth between desktop and laptop? Apple should have updated all their computers and keyboards with this Touch Bar if they really wanted to have it adopted universally.

I am getting so tired of Apple fragmenting every little bloody feature, whether it's the camera in the iPhones, the keyboards on the laptops, the ports that don't allow for use of iPhones or iPads with laptops, or 5400 Hard Drives in the iMac in 2016.
Score: 14 Votes (Like | Disagree)

frifra
That is just amazing!

How do they even think about such smart and truly innovative things???

I don't run Bootcamp, but Windows via Parallels. Will the function keys show when a virtual box is being run?

You can just hold down FN and get to the function keys in any app - the same way it works now with the normal keyboard.
Score: 8 Votes (Like | Disagree)

As long as Parallels updates their program to do so.

Parallel would state the latest version is incompatible and users should buy the upgrade of the upcoming new version o_O
Score: 7 Votes (Like | Disagree)

iHack13
Interesting news while browsing for a new Asus Zenbook that can run hackintosh on it. Can't stop counting the USB ports on those.
Only downside is that I cannot plug in those fancy lightning iPhone 7 Earpods into. Oh wait , cannot do that on the new Macbook either.

But at least I can sync the iPhone without any problems on the Zenbook.
Score: 5 Votes (Like | Disagree)

StandardFlint
I wanted to say something witty but I'm feeling too much relief.

Legitimately would not have been surprised in the slightest if they decided to kill off bootcamp for the new MacBook Pros.

That's the kind of vibe I'm getting from this company lately.
Score: 4 Votes (Like | Disagree)
Read All Comments

Wednesday July 8, 2020 9:35 am PDT by Joe Rossignol
Despite multiple reports indicating that Apple will not include EarPods or a wall charger with iPhone 12 models this year, one analyst believes that pricing will still increase slightly compared to the iPhone 11 lineup. In a research note provided to MacRumors, analyst Jeff Pu forecasted that iPhone 12 pricing will start at $749 for a new 5.4-inch model, an increase of $50 over the base...
Read Full Article • 233 comments