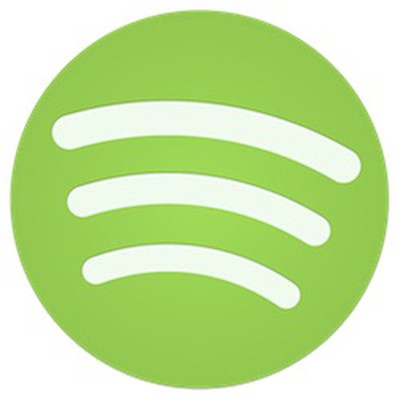 A few reports coming in over the past day describe occurances where Spotify's free streaming service on desktop computers is pushing malware-filled advertisements to users without their input.

According to a user posting on Spotify Community, the malware causes ads to launch "and keep on launching" the computer's default browser to different sites lined with viruses (via The Next Web). Multiple macOS and Safari users have confirmed the issue to be happening on Apple systems.

There's something pretty alarming going on right now with Spotify Free. This started a several hours ago. If you have Spotify Free open, it will launch - and keep on launching - the default internet browser on the computer to different kinds of malware / virus sites. Some of them do not even require user action to be able to cause harm.

I have 3 different systems (computers) which are all clean and they are all doing this, all via Spotify - I am thinking it's the Ads in Spotify Free. I hope this has been noticed and Spotify staff are fixing it - fast. But it's still puzzling something like this can actually happen.

It's not clear yet what's causing the issue, but multiple confirmations of its connection with Spotify Free have surfaced on Twitter, with users reporting that malware ads have appeared on both Mac and Windows platforms. Spotify has responded to a few users on Twitter and appears to be looking into the issue, but has yet to make an official announcement.

Since no official fix for the problem has come from the company, many users are resorting to simply uninstalling the free Spotify player from their desktop for the time being. The streaming service faced a similar issue five years ago, where advertisements popped up on Windows machines and installed fake antivirus software onto the computer.

Spotify eventually commented on the problem, saying "we sincerely apologize to any users affected. We'll continue working hard to ensure this does not happen again and that our users enjoy Spotify securely and in confidence."

Spotify needs to reconsider which kind of ads they allow. Obviously they can't allow anything involving scripts!? The app has to only support static JPEG's, and the JPEG's need to be verified to actually be JPEG's for that matter. If they are blindly trusting ad providers, they are doing it very wrong.
Score: 13 Votes (Like | Disagree)

whyamihere
And people wonder why I install ad blockers on all of my browsers.
Score: 10 Votes (Like | Disagree)

canadianreader
That is called a lack of product quality control
Score: 7 Votes (Like | Disagree)

That is called a lack of product quality control

oneMadRssn
This sort of thing happens more and more often these days. It happened to Forbes, MSN, Reader's Digest, Yahoo, Daily Mail. It's a huge problem on all ad-supported web services, not just Spotify.

Not saying Spotify isn't partially to blame. They chose the advertising partners to work with, and obviously those partners do a piss poor job of vetting ads. Still, this should be a moment to point the pitchforks at the advertising industry as a whole, rather than just Spotify.
Score: 6 Votes (Like | Disagree)
Read All Comments

Thursday May 13, 2021 10:32 pm PDT by Sami Fathi
A new rumor suggests that Apple will announce the third-generation AirPods and the recently rumored HiFi, or high-fidelity Apple Music tier, on Tuesday, May 18, via a press release on its website. The new rumor comes from Apple YouTuber Luke Miani who shared the alleged exclusive news with the AppleTrack website. According to the YouTuber, Apple plans to release the next-generation AirPods...
Read Full Article • 144 comments

Thursday May 13, 2021 12:10 am PDT by Sami Fathi
Apple has fired Antonio García Martínez, an ex-Facebook product manager and author of the controversial book "Chaos Monkeys," following public and internal calls for removal and investigation due to past misogynistic statements, The Verge reports. Apple hired Martínez earlier this week to join its ads team, however, comments that Martínez made in the past sparked condemnation from users...
Read Full Article • 310 comments

Wednesday May 12, 2021 3:54 pm PDT by Juli Clover
In the ongoing legal battle between Apple and Epic Games, the two companies are this week calling up their expert witnesses to argue their points before Judge Yvonne Gonzalez Rogers, who will make a decision in the case after a three week trial. Expert testimony is not as exciting as some of the leaked App Store documents that were highlighted last week, especially as much of what's being...
Read Full Article • 258 comments