Samsung Acquires Viv, the AI Assistant From the Creators of Siri

Samsung has acquired Viv, the AI assistant co-founded by Dag Kittlaus, Adam Cheyer and Chris Brigham, who created Siri, which was acquired by Apple in 2010, reports TechCrunch. The trio left Apple in 2012 and founded Viv. Viv will continue to operate as an independent company.

Viv has enhanced contextual understanding thanks to "dynamic program generation," which means that Viv can understand the intent of a user's queries and self-code responses on the fly. Viv can understand context and stack multiple queries on top of each other. For instance, at TechCrunch's Disrupt NY event last year, Kittlaus was able to ask Viv whether it was raining in Seattle a couple days prior, following up with whether it'll be warmer than 70-degrees near Golden Gate Bridge after 5pm the day after tomorrow.

Kittlaus tells TechCrunch that the reason it sold to Samsung was ubiquity. The company ships 500 million devices a year, he explained, which gives Viv a large distribution network. On the other hand, the acquisition gives Samsung its own AI assistant that can go toe-to-toe with Siri, Google Assistant and Amazon's Alexa.

Samsung says that while the acquisition was done by its mobile team, the company sees the benefits to multiple product categories. "From our perspective and from the client’s perspective, the interest and the power of this really comes from taking advantage of the Samsung scale overall, as well as the richness of the touch points we have with consumers." Viv's technology may eventually work its way into Samsung's non-mobile devices, like washing machines, refrigerators and TVs.


Advanced AI assistants have become a focus amongst Apple and its rivals recently. In May, it was reported that Apple was planning on introducing a next-gen natural language API in its rumored Amazon Echo competitor. The technology behind the API is the work of VocalIQ, a natural language outfit purchased by Apple in October 2015. The API has the ability to do "session-based" contextual responses similar to Viv.
Tags: Siri Guide, Viv
[ 134 comments ] 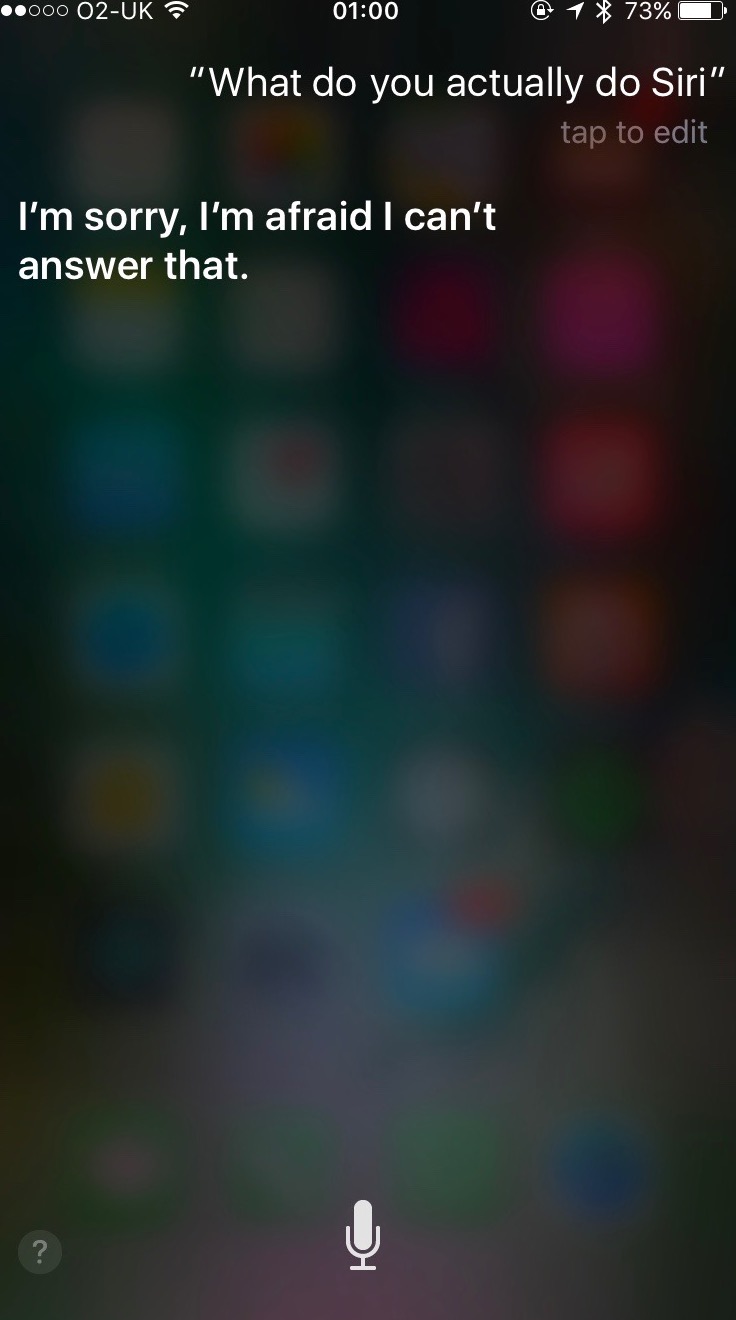 Asianpork
Viv on Note 7- "Joe, you have two notifications from your wife, asking you to pick up milk. The store is closing in 10 mins. Should you choose to accept this mission you will be given the necessary parameters. This is not mission possible. This is mission impossible. This message, along with this phone will self distruct in 5 seconds. Good luck"
Score: 27 Votes (Like | Disagree)

Crosscreek
Is anyone paying attention at Apple anymore?
Score: 21 Votes (Like | Disagree)

ZombiePete
I could have sworn I remember these guys saying specifically that they weren't interested in selling Viv. I guess Samsung dropped enough money to change their minds.

I'd love to see Apple's AI improve, but it's really ultimately not that important a factor in my buying decision. In general, Siri is good enough for me, particularly without having to let a company dig through my data.
Score: 15 Votes (Like | Disagree)

hlevolve
Why does Siri still suck so much and most of the time be utterly useless?

Many times I notice the text that appears on the screen is correct and then it changes to something incorrect afterwards >:|

Hopefully next year is a major breakthrough for Siri as well as much more 3rd developer access/support.
Score: 9 Votes (Like | Disagree)
Read All Comments