The Microsoft Band, the wearable device Microsoft first introduced in late 2014, is being quietly phased out of existence. As of today, Microsoft has removed all Microsoft Band models from the Microsoft Online Store and has eliminated the Band Software Development Kit.

In a statement given to ZDNet, a Microsoft representative said that the company has sold through all of its Band 2 inventory and does not have plans to release a new Band wearable in 2016. 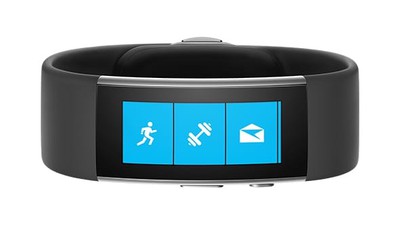 "We have sold through our existing Band 2 inventory and have no plans to release another Band device this year. We remain committed to supporting our Microsoft Band 2 customers through Microsoft Stores and our customer support channels and will continue to invest in the Microsoft Health platform, which is open to all hardware and apps partners across Windows, iOS, and Android devices."

It received poor reviews for its price point, design, battery life, and lack of utility, and despite Microsoft's efforts to push sales with an Apple Watch trade-in program, the Microsoft Band 2 failed to catch on.

Previous information shared by ZDNet has suggested Microsoft disbanded the team that was working to bring Windows 10 to the Microsoft Band and has relocated some of the hardware team. Sources have also told the site that Microsoft is planning to phase out the fitness band and has no plans to work on a Band 3.

Kaibelf
And yet people ask why users are so sticky with Apple and don't venture outside of the garden. This is why. Just like Nest products, Revolv, and Glass. Just like hundreds of phones that stopped receiving support after 6 months on the market. Just like the Kin. And Jawbone.
Score: 28 Votes (Like | Disagree)

Number 41
Wearables are a solution in search of a problem.
Score: 24 Votes (Like | Disagree)

Edit: seeing a lot of echoes about not knowing it was an actual thing....I guess you would have had to *snicker* visit one of their stores to have known...
Score: 10 Votes (Like | Disagree)

Wearables are a solution in search of a problem.

Not at all. They just aren't for everybody. From medical and fitness standpoints, they have tremendous "always-on" data-collecting value. Wearables is still a very young market, and Apple knows that.
[doublepost=1475521282][/doublepost]

...and what does this have to do with Apple?

I think you know the answer.

Apple Knowledge Navigator
To think these guys were asking people to trade their Apple Watches in for a Band :D
Score: 8 Votes (Like | Disagree)
Read All Comments

Monday July 19, 2021 1:31 am PDT by Sami Fathi
Apple plans to update the iPhone SE, its 4.7-inch entry-level iPhone, with an updated A14 Bionic processor from the iPhone 12 series in the first half of next year, according to a report from DigiTimes. DigiTimes' report follows in the footsteps of reliable Apple analyst Ming-Chi Kuo, who reported last month the iPhone SE would receive an updated processor and 5G capabilities in the first...
Read Full Article • 77 comments

Sunday July 18, 2021 8:26 am PDT by Sami Fathi
Following a successful supercycle launch of the iPhone 12 last year, Apple aims to make another "big splash" with its upcoming 2021 iPhones, which can be expected to feature larger batteries, smaller notches, improved performance, and more advanced displays that may sport an always-on mode. In the latest publication of his weekly Power On newsletter, Bloomberg journalist Mark Gurman...
Read Full Article • 145 comments

Wednesday July 21, 2021 6:50 am PDT by Hartley Charlton
Upcoming AirPods Pro firmware updates are now available to Apple Developer Program members as beta versions. AirPods Pro firmware beta one features FaceTime Spatial Audio and Ambient Noise Reduction. Custom Transparency mode, including Conversation Boost, was initially expected to be included in the beta but appears to have been delayed for a later version. Apple made the announcement...
Read Full Article • 35 comments

Monday July 19, 2021 10:06 am PDT by Juli Clover
Apple today released iOS 14.7, marking the seventh major update to the iOS operating system that came out in September 2020. iOS 14.7 comes two months after the launch of iOS 14.6, a major update that added Apple Card Family Support, Podcast Subscriptions, and more. The iOS 14.7 update can be downloaded for free and the software is available on all eligible devices over-the-air in the...
Read Full Article • 87 comments

Tuesday July 20, 2021 11:14 am PDT by Juli Clover
The new MagSafe Battery Pack that Apple debuted this week is arriving to customers starting today and it's also now available for in-store pickup in many Apple retail locations around the world. We snagged one this morning and thought we'd take a look at it to let MacRumors readers know if it's worth the $99 asking price. Subscribe to the MacRumors YouTube channel for more videos. As the name ...
Read Full Article • 111 comments