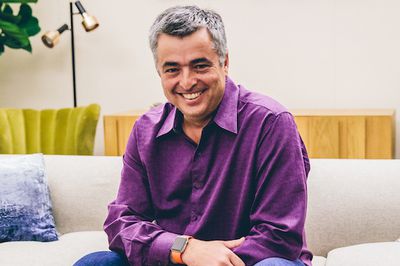 256,305 shares were withheld by Apple to satisfy the minimum statutory tax withholding requirements on vesting of RSUs. Cue gifted the remaining 268,695 shares that vested, worth approximately $20.2 million, to a family trust as he did when 350,000 of his RSUs, worth $36.1 million at the time, vested in August 2015.

Cue joined Apple in 1989 and was promoted to Senior Vice President of Internet Software and Services by Apple CEO Tim Cook in September 2011.

btrach144
Eddy is smug and has ruined a lot of projects that he's touched. Not worth 60 mill. Cut him and bring someone else in.
Score: 36 Votes (Like | Disagree)

RedOrchestra
Cue appears to be the beneficiary through loyalty rather than competence.
Score: 17 Votes (Like | Disagree)

Literally did not understand a single word i just read lol

Reminded me of this:
Score: 15 Votes (Like | Disagree)
Read All Comments