Apple today released tvOS 10, the latest operating system designed for the fourth-generation Apple TV, bringing a range of improvements that make it easier to locate and watch content on Apple's set-top box.

tvOS 10 can be downloaded over the air through the Settings app on the fourth-generation Apple TV by going to System --> Software Update. Those who have automatic software updates turned on will be upgraded to tvOS 10 automatically. 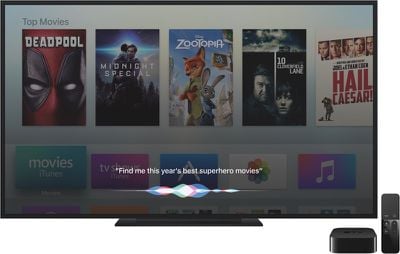 With tvOS 10, Siri is able to search for movies by topic, bringing up content around a theme like "high school comedies from the 80s" or "movies about dinosaurs," and a new Live Tune-In feature lets Siri go directly to a live channel in a supported app.

A Single Sign-On feature for pay TV apps that lets users sign in once with their cable credentials to access all live cable content included in a cable subscription was supposed to be included in tvOS 10, but it appears Single Sign-On was not included in the first version of the operating system and will be coming at a later date.

iOS 10 features like the Apple Music overhaul and the new Photos "Memories" feature have been ported to tvOS, allowing users to access the new Apple Music interface and view favorite Photos memories.

camnchar
Yeah, this is the one OS I've been most excited about.
Score: 4 Votes (Like | Disagree)

SSO isn't available in tvOS 10 yet, but good job on that autopost!

I don't get why MacRumors' staff prewriting this and clicking Publish when it's available to download is a bad thing. Apple's TVOS 10 preview page shows SSO as being a feature:

http://www.apple.com/tvos-preview/
[doublepost=1473786773][/doublepost]Dark Mode is going to be great. The only app I use is Plex but HomeKit will be a big part of my life this year so that'll be a nice improvement.
Score: 4 Votes (Like | Disagree) 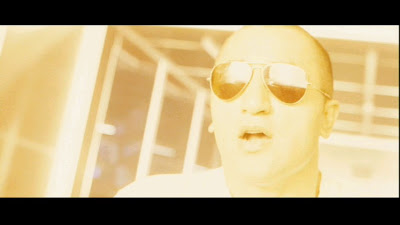 ipedro
I already loved tvOS but Dark Mode and the new Apple Music UI completes it for me. Everything looks very polished and snappy.
Score: 2 Votes (Like | Disagree)

Single sign on... this should have been there from the beginning. What a PITA to do it for each app.

This feature was pretty much the feature I looked forward to with tvOS 10. Sucks it is not there.

Signing into every app is mainly a pain because the sign in seems to only last a week or two and you have to do it again.
Score: 2 Votes (Like | Disagree)

ipedro
HomeKit via Siri on tvOS is fantastic! It's actually faster than on the iPhone or Watch. It's instant.

Siri has always been noticeably faster on AppleTV. My guess is that it can be always ready since it's always powered and doesn't have to save a battery. HomeKit reflects that speed. It's amazing.
Score: 2 Votes (Like | Disagree)
Read All Comments