Apple CEO Tim Cook has responded to a MacRumors reader's email about the lack of a long-awaited MacBook Pro refresh, stressing that he "loves the Mac" and that Apple is "very committed" to it. He told the customer, who wishes to remain anonymous, to "stay tuned," suggesting that updates to the Mac lineup are on the horizon. 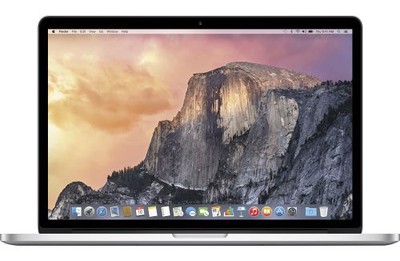 MacRumors cannot fully confirm the authenticity of the email, but it does appear to originate from Apple's corporate servers based on full headers we saw. Apple executives occasionally respond to customer emails, but it is possible the response was handled by Apple's executive relations or public relations teams.

An update to the Mac lineup at some point is inevitable, and the bigger focus is now on when that will happen. The latest word is that Apple will release new MacBook Pro and MacBook Air models with USB-C ports as early as October, while updated iMac models with an option for new AMD graphics chips are also in the works.

That report reiterated rumors that the new MacBook Pro will be thinner and include an OLED-based touch bar along the top of the flatter keyboard, which will present functions that dynamically fit the current task or application, as well as integrate Touch ID to enable users to quickly log in using their fingerprint.

bladerunner2000
I hope they don't get rid of the headphone jacks in all new macs, cuz you know, they have courage.
Score: 122 Votes (Like | Disagree)

Lepton
I've BEEN tuned! Where have YOU been?
Score: 87 Votes (Like | Disagree)

What exactly was the strategy for Mac Pro if it's just shy of 1000 days since being updated?

Their strategy was to rip off consumers by releasing a $4,000 mac with a 2 year old GPU in 2013 and continue to charge that much 3 years later.
Score: 70 Votes (Like | Disagree)

xmonkey
Very committed? Ok, right. I'm sure that's exactly how the users who invested in the Mac Pro feel right about now.
Score: 52 Votes (Like | Disagree)