Beta testers who have signed up for Apple's beta testing program can download a redemption code for the golden master version from the public beta program website.

Subscribe to the MacRumors YouTube channel for more videos.
macOS Sierra is a major update that brings Siri to the Mac, allowing users to conduct voice searches to find files, look up information, and more. New Continuity features include an "Auto Unlock" option for unlocking a Mac with an Apple Watch and a "Universal Clipboard" for copy paste that works across multiple devices.

Deeper iCloud integration makes files stored on the desktop or the Documents folder of a Mac available on all of a user's devices, and Photos features new deep learning algorithms for facial, object, and scene recognition. The Messages app includes rich links, bigger emoji, and "Tapback" response options, and the macOS Sierra update will also bring Apple Pay to the web.

For full details on all of the new features included in macOS Sierra, make sure to check out our macOS Sierra roundup.

mildocjr
I spent hours finding a developer preview on Google last night and downloading it from France... 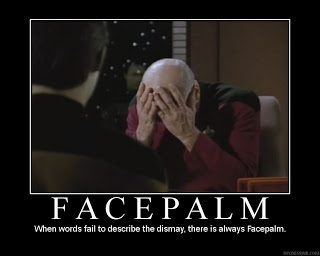 Icaras
Not yet showing up for me in the MAS...
Score: 5 Votes (Like | Disagree)

Larsen2k4
The Golden Master doesn't show up in the MAS.
You have to go to beta.apple.com and start the download from there. :)
Score: 5 Votes (Like | Disagree)

revanmj
I went to Apple Public Beta site, redeemed code from there and got macOS Sierra as a new item on Purchased tab in the MAS. So I guess it won't show up for beta users automatically.
Score: 4 Votes (Like | Disagree)

carrrrrlos
Mario for the win!
Score: 2 Votes (Like | Disagree)
Read All Comments

Friday May 7, 2021 6:55 am PDT by Sami Fathi
According to Apple leaker Jon Prosser, Apple's upcoming release of the MacBook Air will feature various colors, similar to the colors in the newly released 24-inch iMac. In the latest video of his YouTube channel Front Page Tech, Prosser says the same source who accurately provided him information on the first Apple silicon iMac coming in colors has told him that he recently saw a prototype...
Read Full Article • 335 comments