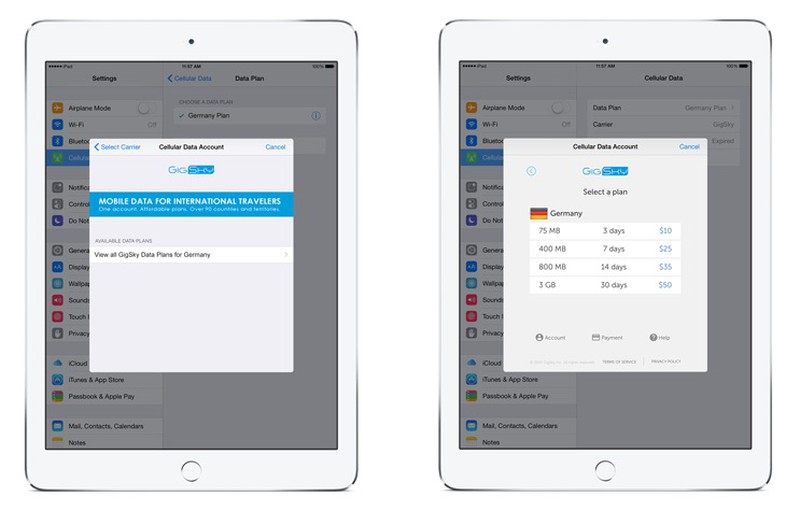 Apple SIM is embedded in the latest cellular iPads and enables users to easily switch between different short-term data plans from select carrier partners without needing multiple SIM cards. It is particularly useful for traveling abroad.

Through an existing partnership with GigSky, Apple SIM is available in over 140 countries. Other Apple SIM partners include AT&T, Sprint, and T-Mobile in the United States, EE in the United Kingdom, Deutsche Telekom in Germany, Three in Hong Kong, and au by KDDI in Japan. AlwaysOnline Wireless also offers pay-as-you-go LTE data plans in at least 45 countries, with the option to pay by hour, day, or megabyte.

Tuesday May 26, 2020 2:31 am PDT by Tim Hardwick
Apple will use a Lightning port instead of USB-C in the upcoming "iPhone 12," but it will be the last major series of Apple's flagship phones to do so, with models set to combine wireless charging and a port-less Smart Connector system for data transfer and syncing in the iPhone "13 series" next year. The above claim comes from occasional Apple leaker and Twitter user "Fudge" (@choco_bit),...
Read Full Article • 370 comments