Siri Held Back by Lack of Advancements in Microphone Technology 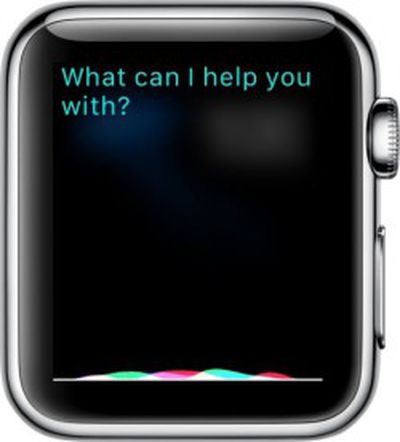 Services like Siri, Cortana, and Alexa are being held back by a lack of advancements in digital microphone technology, reports Bloomberg, citing the opinions of several analysts.

While processors, camera sensors, and other vital iPhone components have evolved rapidly over the course of the last several years, the same can't be said for microphones. Digital microphones still have trouble focusing on filtering out background noise and clearly detecting faraway voices, impacting device listening capabilities.

With artificial intelligence growing in popularity, however, Bloomberg says manufacturers are scrambling to improve microphone tech.

"No doubt, there is an arms race," says Peter Cooney, an analyst at SAR Insight & Consulting. The big tech companies are thinking a lot more about mics than they have for the past few years. Since the 2012 launch of the iPhone 5, "microphone performance has not really improved that much," says Marwan Boustany, an analyst with research firm IHS Markit.

Apple and other companies who rely on microphones to deliver queries to smartphones and other devices are said to want technology improvements that will make them better able to distinguish voices from other sounds at longer distances.

In a recent interview, Apple SVP of software engineering Craig Federighi said that microphones have a big impact on Siri's ability to understand commands. "It's not just the silicon," he said. "It's how many microphones we put on the device, where we place the microphones. How we tune the hardware and those mics and the software stack that does the audio processing." He said Apple's expertise at combining hardware and software gives the company "an incredible advantage" over companies just working on AI with software.

In the same interview, Apple execs said Siri's capacity to interpret commands has reportedly improved greatly following the introduction of machine learning, but in practice, Siri still often fails to hear commands or misinterprets spoken words, mistakes that could perhaps be improved with better microphone technology in the future.

Roadstar
Umm, how exactly is it a microphone problem when I can see a 100% correct transcription of what I just said, but Siri still fails to do anything useful with it?
Score: 77 Votes (Like | Disagree)

Umm, how exactly is it a microphone problem when I can see a 100% correct transcription of what I just said, but Siri still fails to do anything useful with it?

Exactly. Also, if industry-wide microphone technology is the limiting factor (and has stagnated since the iPhone 5) then how have Google Now and Cortana advanced so much while Siri remains close to useless?
Score: 29 Votes (Like | Disagree)

Stuey3D
No Siri is held back because she is stupid, she can hear what I'm saying fine.

See my post in the iOS10 forum about how she doesn't understand a simple command to "play downloaded music" I mean the section is right there in the bloody app.
Score: 23 Votes (Like | Disagree)