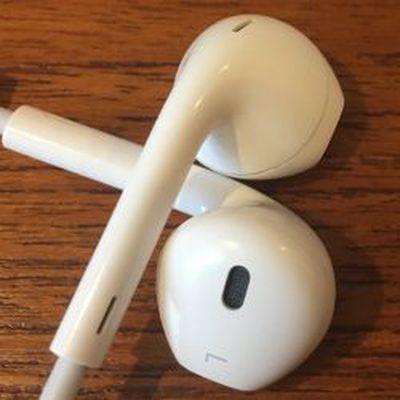 Apple is working on wire-free earbuds built around a custom Bluetooth radio chip that will result in a longer battery life than is possible with traditional Bluetooth chips, reports Forbes.

The low-power Bluetooth chip comes from technology developed by Passif Semiconductor, a startup Apple purchased in 2013. But the project has hit performance snags. Apple originally planned to launch the Bluetooth gadget in 2015, but Bluetooth performance issues stalled the release, the source told FORBES. "The way it works at Apple is if it doesn't work 100%, it gets cut," the source said. Whether Apple's wireless earbuds arrive with a custom Bluetooth chip by Apple, or instead use a third-party supplier is still unknown.

This isn't the first time we've heard about Apple's work on wire-free earbuds. Back in January, a rumor unveiled Apple's earbud plans, pointing towards Bragi Dash-style wireless Bluetooth earbuds with a battery life of approximately four hours. According to that rumor, the earbuds will also charge through an included carrying case that serves as a rechargeable battery, further extending battery life.

In recent years, Apple has delved into developing its own chips to reduce its reliance on third-party vendors, cut down on supply chain issues, and drive technology improvements. Apple has been developing its own ARM-based CPUs for mobile devices since 2010, so a move into other chip categories is unsurprising.

Rumors indicate Apple will remove the headphone jack in the iPhone 7, pushing consumers towards wireless headphones and Lightning-based headphones, so the timing is right for the release of new wireless earbuds. According to Forbes, the earbuds could potentially launch in September alongside the new iPhone 7, but the site's source was not able to confirm a launch date.

Based on trademark filings discovered by MacRumors, Apple may be planning to name its rumored wireless earbuds "AirPods."

Scottsoapbox
"The way it works at Apple is if it doesn't work 100%, it gets cut"

It will be shipped with the new iPhone. They will sell a wired (lightning) earbud as a backup

I think you've got it the other way around, they'll most likely ship next iPhone with the lightning wired earphones, and sell Airpods for extra $150+. (This maintains the highest profits for Timmy)
Score: 16 Votes (Like | Disagree)

Small White Car
Still sounds dreadful. I thought that maybe they'd invent something better than BT. Does this do anything to alleviate the delay all Bluetooth devices have? Will it not have the weird shuffle bugs I've experienced with car BT syncing? Do they expect to drastically improve on that amazingly terrible 4-hour battery life mentioned in the article?

Perhaps Apple will impress us with a good product this fall, but so far there are zero rumors pointing to it.
Score: 15 Votes (Like | Disagree)

Asarien
I hope Apple's also prepared to sell each channel separately. These will get lost.
Score: 13 Votes (Like | Disagree)

Still sounds dreadful. I thought that maybe they'd invent something better than BT. Does this do anything to alleviate the delay all Bluetooth devices have? Will it not have the weird shuffle bugs I've experienced with car BT syncing? Do they expect to drastically improve on that amazingly terrible 4-hour battery life mentioned in the article?

Perhaps Apple will impress us with a good product this fall, but so far there are zero rumors pointing to it.

Anything is better than a 3.5 jack.
Get rid of those damn things already. The sooner we get away from wired old technology the sooner improvements will come.
The past belongs in the past.
Score: 12 Votes (Like | Disagree)
Read All Comments