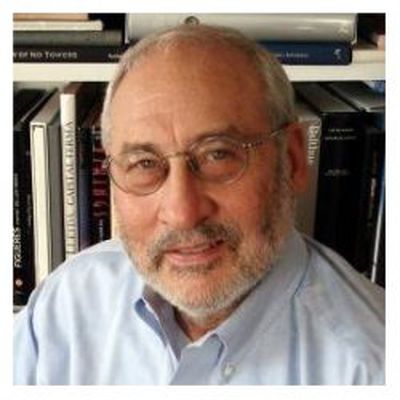 Joseph Stiglitz, an economic professor at Columbia University and 2001 recipient of the Nobel Memorial Prize in Economic Sciences, has described Apple's tax arrangements in Ireland as "a fraud" in a recent interview with Bloomberg TV.

"Here we have the largest corporation in capitalization not only in America, but in the world, bigger than GM was at its peak, and claiming that most of its profits originate from about a few hundred people working in Ireland -- that’s a fraud,” Stiglitz said. “A tax law that encourages American firms to keep jobs abroad is wrong, and I think we can get a consensus in America to get that changed."

Under current U.S. laws, Apple is able to shift billions of dollars in profits to Ireland, where it operates multiple subsidiaries, sheltering those earnings from up to a 35 percent corporate tax rate in the United States. Ireland has a much lower corporate tax rate of 12.5 percent, but Apple is believed to have a sweetheart deal with Ireland that sees it pay less than 2 percent in exchange for creating jobs in the country.

Apple has been the subject of a European Commission probe related to its Irish tax arrangements since June 2014, with the executive body investigating whether the deal constitutes illegal state aid. Ireland's finance minister Michael Noonan recently said he expects a decision to be reached by September or October, and Apple could owe more than $8 billion in back taxes depending on the outcome.

Apple insists it is the largest taxpayer in the world and that it pays every cent of tax it owes under current laws. In a late 2015 interview with 60 Minutes correspondent Charlie Rose, Apple CEO Tim Cook described tax avoidance accusations against the company as "political crap," adding that the United States has a tax code that is "awful for America" and "made for the industrial age."

Apple provided the following statement during its March 2016 meeting with the European Parliament's tax committee:

"Apple is the largest taxpayer in the world. In 2015 we paid 13.2 billion dollars in taxes worldwide, which is an effective tax rate of 36.4%", its representatives said when asked about the company's tax structures in Europe and the state aid investigation launched by competition Commissioner Margrethe Vestager. However, they were not prepared to disclose its EU and Irish tax figures. "Those are confidential. When country-by-country reporting will become mandatory, we will of course follow". Apple, like Google, pays most of its taxes in the US, where most of its employees are based and its research is done.

Apple is only one of several multinational corporations that have been scrutinized for possible corporate tax avoidance in Europe over the past few years, with others including Amazon, Google, IKEA, and McDonald's. Last year, the European Commission ordered Starbucks and Fiat Chrysler Automobiles to each pay up to €30 million in back taxes, after ruling that the companies benefited from illegal tax deals.

EricTheHalfBee
Lowering your taxes through legal means and obeying the law is not fraud, no matter what this guy says.
Score: 63 Votes (Like | Disagree)

bladerunner2000
That's because it IS fraud. Apple doesn't want to pay it's share of taxes and never will because nobody cares to hold them accountable. Worse yet, this thread WILL have fanboys being apologetic about it and defending Apple....

Think about that; cheering on a corporation worth billions that evades taxes.
Score: 56 Votes (Like | Disagree)

applesith
Either lower the corporate tax to encourage companies to keep their cash in the US, or just cut the crap and find a way to seize it or tax them to death like the gov really wants.

Has this guy left his desk to actually build something or does he decide to call fraud just from his ivory tower without ever getting his hands dirty?
Score: 32 Votes (Like | Disagree)

sbrhwkp3
Time to lower the corporate tax rate in the US. The repatriation of funds would be massive, and we'd see a huge boom in economic growth as a result. I bet the change would even be revenue neutral.
Score: 20 Votes (Like | Disagree)

Lowering your taxes through legal means and obeying the law is not fraud, no matter what this guy says.

It is not fraud in a legal sense but it certainly is not fitting with Apple's "we want to make the world a better place narrative".

Even if they think the taxes are too high - since when is it theirs to judge ? Shouldn't that be a matter of democracy? And there will always be a cheaper place in order to avoid taxes.

Either way: Being the most profitable company in the world and operating worldwide and then trying to evade taxes in order to pay two bucks fifty In taxes is -while not illegal- simply not right.
Score: 20 Votes (Like | Disagree)
Read All Comments