Chinese smartphone manufacturer Xiaomi today announced a new smartphone, called the Redmi Pro, during an event in Beijing, China, where it also surprised attendees with the 'Mi Notebook Air'. As TechCrunch pointed out, the company's Redmi line of smartphone devices angle toward the low-cost spectrum of handsets, with most models costing around $150, allowing the company to move over 110 million models in the last three years.

A few additions to the Redmi Pro place it on the higher-end of that spectrum, since the new smartphone is the first in the Redmi family to have an OLED display, a larger 5.5-inch screen, and -- perhaps most notably -- pack in a dual-camera system. Specifically, the two lenses are a 13-megapixel Sony IMX258 sensor and a 5-megapixel Samsung sensor, and will result in image quality on par with DSLR-style cameras, according to the company.

The Redmi Pro -- which will launch on August 6 in China -- is debuting at a time when higher-quality smartphone cameras have begun to stand out as a major sticking point for consumers deciding on which device to purchase. Apple's own upcoming iPhone 7 Plus has been the perpetrator behind dozens of dual-lens camera rumors since the beginning of the year, with a handful of design renderings and images of the smartphone leaking this summer, all showing off the large, pill-shaped enclosure purported to lead to DSLR quality photos as well.

For those interested, Gizchina has a collection of images taken with the Redmi Pro's dual-camera system on its website.

now i see it
Another glaring example of how much of a rip off an iPhone is (I use an iPhone).
Someone should give one to apple and say, "do this"..
Score: 8 Votes (Like | Disagree)

bushido
The antenna lines look a lot better than what Apple has been doing
Score: 7 Votes (Like | Disagree)

freddiecable
Agree. They are white. And they are straight. Not dirt grey and oddly thick.

Apple needs to step up the game. A few years ago.

gaanee
Apple has got many locked up into its iOS ecosystem, so may be its starting to feel complacent by getting away with incremental upgrades and that too with high profit margin.
Apple usually doesn't cater the low-end market, but other manufacturers are upping the game.. quickly surpassing Apple in terms of features at a lower price.
These new phones are pretty good...only thing holding back from switching right now is having already bought many iOS apps. If I am a new buyer, these new phones is certainly tempting.
Score: 4 Votes (Like | Disagree)

Rogifan
They also announced a notebook called the Mi Notebook Air (how original). I thought Dell had an exclusive on the thin bezel displays but I guess not anymore? Funny how the Verge headline calls it a MacBook competitor. It runs Windows so wouldn't it be a Dell, HP, or Microsoft Surface competitor? I guess those names don't generate clicks or wouldn't start fanboy wars in the comments section? 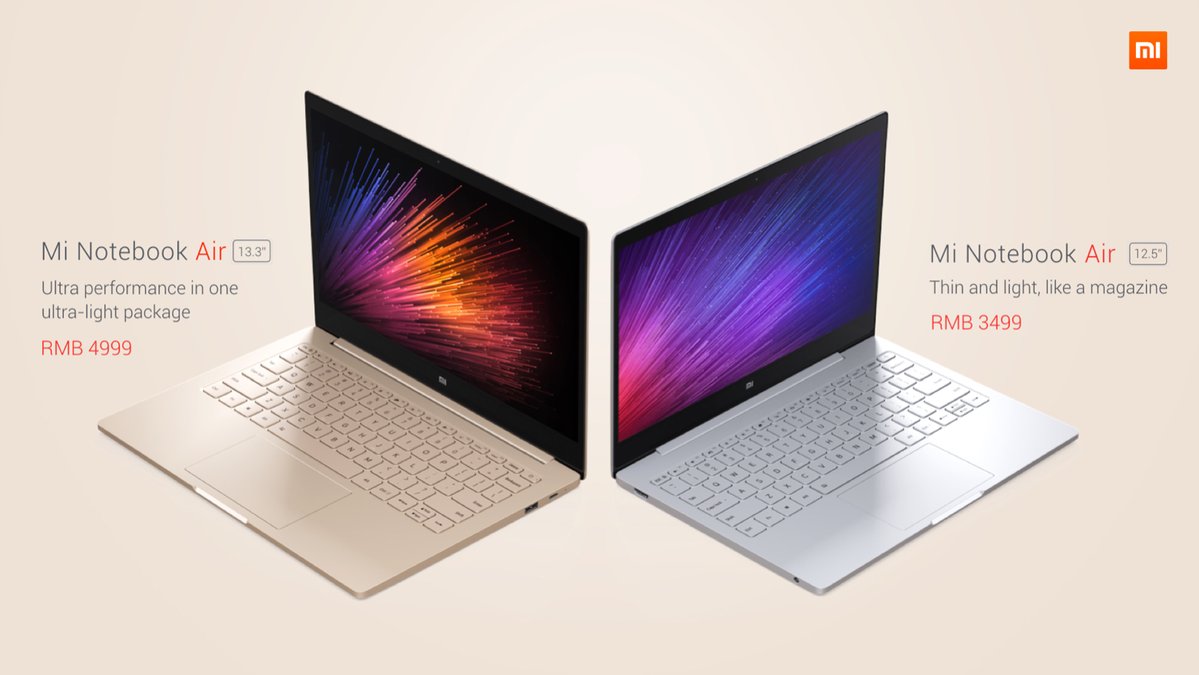 asharahmed
Wow. That price is hard to beat. Even OP can't beat that
Score: 3 Votes (Like | Disagree)
Read All Comments