Tuesday June 21, 2016 11:06 am PDT by Juli Clover
Apple today seeded the third beta of an upcoming iOS 9.3.3 update to developers and public beta testers for testing purposes, two weeks after seeding the second beta of iOS 9.3.3 and more than a month after the release of iOS 9.3.2, a minor bug fix update. iOS 9.3.3 has been in testing since May 23.

The third iOS 9.3.3 beta can be downloaded from the Apple Developer Center or over-the-air with the proper configuration profile installed. 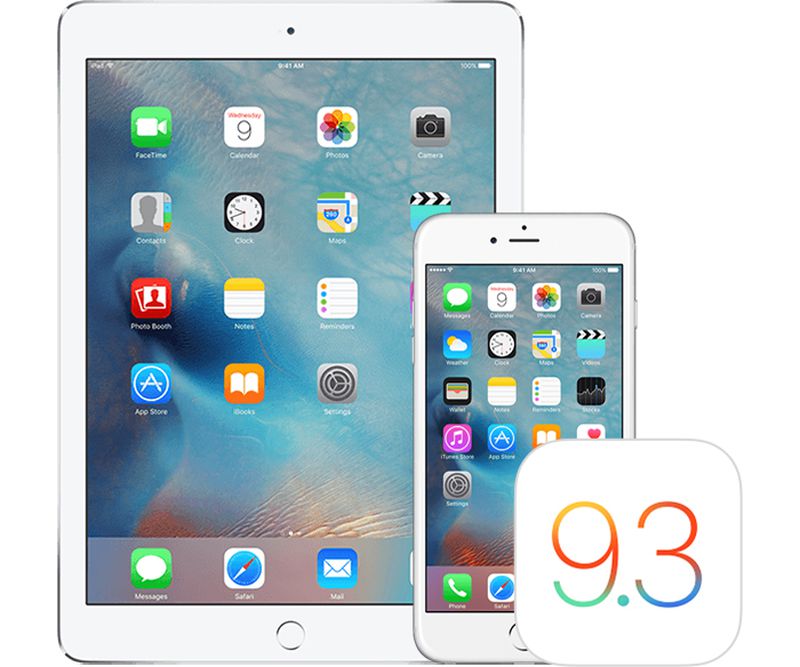 As a minor 9.x.x update, iOS 9.3.3 features under-the-hood bug fixes and performance improvements to address issues discovered since the release of iOS 9.3.2. No outward-facing changes or obvious bug fixes were discovered in the first two betas of iOS 9.3.3.

iOS 9.3.3 beta three follows the developer launch of iOS 10, a new version of iOS that will be released to the public this fall. We'll update this post with any changes that are found in the third iOS 9.3.3 beta.

Paradoxally
All about that iOS 10 life now.
Rating: 13 Votes

Those are the only ones who can get it. All devs are on 10.

Well not exactly. The beta is on the dev site for download as well. Just OTA seems to be broken for the moment.

This has been out for a couple days at least. I've been running 9.3.3 for over a day now, with public beta.

Not beta 3. Beta 2 has been out a few weeks now but B3 was just released today.
Rating: 1 Votes

I wish I could get it. Just release the damn public beta already! I have Sierra (you can just look up macOS Sierra download, you don't even need a dev profile), but iOS 10 is far more interesting and new.

Never have I been as unexcited about a major iOS release.
Rating: 1 Votes

This has been out for a couple days at least. I've been running 9.3.3 for over a day now, with public beta.

Perhaps you simply had iOS 9.3.3 beta 2 which has been out for a few weeks now.
Rating: 1 Votes

Available to Public testers as well.

Those are the only ones who can get it. All devs are on 10.
Rating: 1 Votes