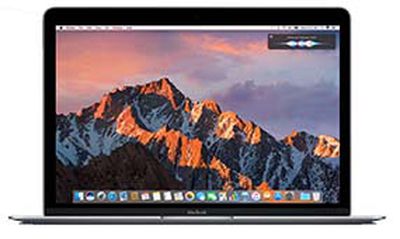 Apple today announced macOS Sierra, the latest version of its Mac software platform and renamed successor to OS X El Capitan. The first beta of the update was seeded to developers earlier today, while a public beta will be released in July.

macOS Sierra will be available as a free software update for compatible MacBook, MacBook Air, MacBook Pro, iMac, Mac mini, and Mac Pro models in the fall. Many 2007 to 2009 Macs that are compatible with OS X El Capitan will not be upgradeable to macOS Sierra, as the cutoff is now at least Late 2009.

The official list of Macs compatible with macOS Sierra:

To determine your Mac's model year, click on the Apple logo in the top-left menu bar and select About This Mac. The model year is listed in the main Overview tab.

Apple has shared the full video of its WWDC 2016 keynote, where it also introduced iOS 10 alongside new versions of watchOS and tvOS.

GFLPraxis
With previous OS releases, drops usually made sense from an engineering perspective. I've always felt that it's better to drop support from old hardware than bloat the OS to keep it running- a longtime Windows issue.

But this time it seems so...arbitrary. A 2008 MacBook isn't supported, but a Mac Mini with the same chipset is?

And to me, the worst is the removal of support for 2008/2009 Mac Pro's. These things were top to bottom 64 bit and outperform Apple's CURRENT Mini and MacBook lines, competing with low end current iMacs in multicore benchmarks. An eight core 3 GHz Xeon Mac Pro with a modern PCIe NVidia graphics card should absolutely be able to run Sierra.

While the answer may be that Apple didn't want to bother testing and supporting, it feels like a way to force users happy with their machines to upgrade. I get pushing a 2008 MacBook owner to modernize, but the Pro?
Score: 30 Votes (Like | Disagree)

KALLT
Macs remain the computers with the shortest OS support. Windows, Linux and *BSD are unmatched. Quite different from what Apple is doing on mobile.

Still quite a few generations that are supported to sole extent. At some point, progress must overrule legacy support.

If progress were the reason, they would have made a consistent cut, based on discernible hardware constraints. Yet the late 2009 MacBook is still supported, while it has the same CPU, GPU and RAM as some older MacBook models or even MacBook Pro models of the same year. This appears to be an arbitrary policy choice, not based on hardware considerations.

People keep complaining about this but please realise that it's been four years since there has been any OS drops, and prior to that every two-yearly (and even yearly) OS release dropped some of the old computers

That is not a reason. Do you think Apple should drop hardware just because it is time again to drop some?
Score: 19 Votes (Like | Disagree)

Generally, it is not always about raw CPU performance. Technology can perform exceptionally well, but still be considered old. The latest GPUs have tons of features that older ones don’t have. It is reasonable to drop support in order to use these while cutting out technically obsolete code. The problem I have here is that Apple seems to be making an arbitrary choice, given that they do support old technology.

Agreed that it's not always about raw performance. But there's absolutely nothing about a 2008 Mac Pro that doesn't exceed a 2009 MacBook. There's no logic here from a tech standpoint.

You do realise how many features are already unavailable on other Macs? Do you think Apple intentionally prevents that? No, it's just that it would run like ****. Better just drop it entirely at this point. And you better actually check the specs of the OS before judging like that.

Heh, Apple always claims the latest OS is the fastest, but the higher spec requirements obviously show that it's not. Doesn't matter anyway. The 2009 Mac Pro isn't supported, but some piece of junk MacBook Air is just because it came out later.
Score: 11 Votes (Like | Disagree)
Read All Comments