Last week, The Guardian published a negative-sounding article by Ken Segall with the title "How Apple lost its way: Steve Jobs' love of simplicity is gone".

Ken Segall worked with Steve Jobs as his ad agency creative director for 12 years. In that time he led the team behind Apple's famous 'Think Different' campaign, and helped Apple create its 'i-brand' with the naming of the iMac, therefore Segall's overall evaluation of how the company has evolved since Jobs' death is likely to be a point of interest to many. 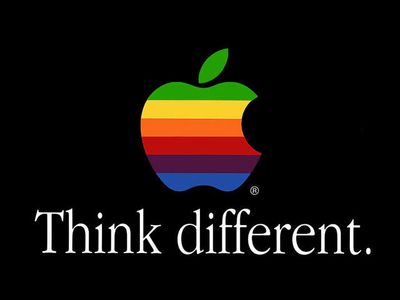 Interestingly however, yesterday Segall criticized The Guardian for its choice of headline, which he says misrepresents his views and the subject matter of the article. Segall has now published the complete article on his own website with the original title, "Has Apple lost its simplicity?", which he says is a question, not a conclusion, followed by thoughtful opinion.

Segall notes in the article that Apple's product naming used to be extremely simple – computers were Macs and consumer products were i-devices. But now "the consumer products are offered as i-things and Apple-things (Apple Watch, Apple Pay, Apple Music)," writes Segall, who claims that "the i is obviously on its last legs, and a transition like this doesn’t happen overnight".

The article also covers a number of other topics related to the idea of simplicity, including the differences between Steve Jobs and current CEO Tim Cook, who "certainly knows how to make Apple run efficiently" but recognizes he "doesn't have Steve's many talents" and relies on the expertise of others in areas of product design and marketing.

Segall also compares simplicity versus complexity in Apple product lines, the challenge of finding simplicity in software (he calls Apple Music "bewildering" to use), the evolution of Apple's marketing group (which has "changed dramatically" since Jobs' leadership), and how he thinks the company currently fares in these areas.

Segall is the author of the books Insanely Simple: The Obsession That Drives Apple's Success and Think Simple: How Smart Leaders Defeat Complexity.

I dispute that Apple is being run efficiently. Compared to 5-7 years ago, Apple has grown in size dramatically, hired a lot more engineers and other staff in pretty much every department. Yet Apple's output in terms of quality products seems to be about the same or less, and Apple's output in terms of services is larger, but not necessarily better. What are all these engineers doing? You know that expression that COE types always say, do more with less? Well, it seems Apple is doing meh with more. The output per engineer is much lower than it was.
Score: 19 Votes (Like | Disagree)

I want to see the i-naming convention die a horrible fiery death so hard.

Its going away, but it would be foolish for Apple to abandon the name iPhone, given its brand recognition.

Additionally, I like how Segall pointed out that the S version of the iPhone was under Steve's watch. I think they should have simplified that scheme years ago
Score: 9 Votes (Like | Disagree)

SeattleMoose
I have been using Macs and Apple products since 1989. Macs used to be super-intuitive with easy to understand menus and options. Unfortunately I have seen a move away from simple user-friendly GUIs to elegant but confusing GUIs where functionality is hidden or available only if you "know the trick". While it may make for sleek looking GUIs, hiding functionality is getting more and more confusing to a lot of us older Mac users.

Here is an idea...why not hire some midwest folks over 60 to test your GUIs. They would come fairly cheap and would point out where the GUIs could be made more intuitive. Using 20 and 30 year old tech gurus to evaluate user friendliness is not advisable as to them everything is intuitive. Like the IT person who snickers when you say "I don't know how to....".

It is like when they removed the click wheel on the iPod...left me scratching my head. Tactile and intuitive replaced by unintuitive touch screen that requires your eyeball to do anything. I could navigate my click-wheel iPod in the dark.

And iTunes....what a mess!!! What started out as a simple music program to go with the iPod has evolved into a hall of mirrors. As iTunes evolved to try and keep pace with the iDevice revolution, rather than redesigning the whole thing from the ground up, Apple just keeps tacking on functionality. Result is that iTunes is the "urban sprawl" of software.

Apple is losing its identity. While the iDevice revolution has been great for profits, I worry about the long term viability of a company that just keeps doing tweaks and adding emojis in lieu of stepping back and saying, how can we get back to making the end user experience simpler and more intuitive. I love Apple but they can do better...or at some point a fresh young company will eclipse them.
Score: 6 Votes (Like | Disagree)

Crosscreek
Tim is definitely not Jobs when it comes to product design. He's a bean counter with out vision. 5400 HDD lol Watch Bands? Outdated computers..........
Score: 6 Votes (Like | Disagree)

I'm using Google Music so I honestly don't know. Is Apple Music noticeably hard to learn how to use?

No. People simply don't want to.
Score: 6 Votes (Like | Disagree)
Read All Comments

Monday November 28, 2022 10:42 am PST by Juli Clover
Apple has cut back on its Twitter advertising, according to Twitter CEO Elon Musk. In a tweet, Musk said that Apple has "mostly stopped" its Twitter ads, asking if Apple hates "free speech." Musk went on to publish a poll asking if Apple should "publish all censorship actions" taken that impact customers and he began retweeting content from companies that Apple has had moderation discussions ...
Read Full Article • 1349 comments